AARP Is All New Redux: Part III (The Magazine)

There is a slow overhaul of AARP Magazine going on, no doubt for the better.

While not privy to the changes, I do know that Myrna Blyth, former editor/publisher of a slew of top-notch magazines (Ladies’ Home Journal, Family Circle, More, and even more) is now Editorial Director of AARP Media.  AARP can’t do much better than that. Positioning Magazines for Baby Boomers
There are active and passive parts of our day. Without getting into too much psychobabble, as you get older the passive side needs more nourishment. It’s not really passive. It’s focused absorption. At some point you have to climb out of your frenetic digital nest and concentrate on one thing. It might be reading a book, watching a TV show or movie, listening to music, looking out the window.

An attractive magazine arriving in the mail gets your attention.  It hangs out on the table, inviting you to do some easy, restful leafing – at least until recycle day rolls around.

What makes AARP Magazine unattractive: The Ads.  They’re ugly, and the subtext is always “You’re old and sick.”  Who wants to leaf through such icky stuff over and over in every issue?

While it’s a freebie with your AARP enrollment, and 37 million copies are mailed, something tells me that a very large chunk of people simply toss their copies.  One of the reasons: They don’t want to see the ads.  They don’t want to see only ugly ads about how old or sick they might or might not be – or even worse, might be someday: 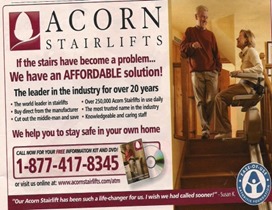 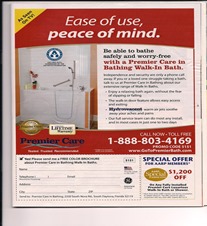 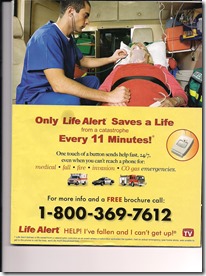 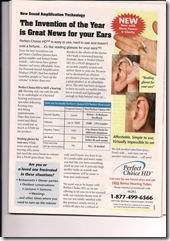 I counted one non-age/malady ad in the February/March issue – for Bose audio.

16 September 2009
Boomer Backlash II
Why couldn’t it have been a car?  Laundry soap?  Baked Beans? Gender-specific razors? Aluminum foil? Anything but some age-related malady.

Add to all this something everybody knows already:  Readers devour magazines not only for editorial but for advertisements. They look forward to makeup and fashion ads, car ads, home-improvement ads, smartphone/tablet/tech ads.  Did I leave any out?

For specialty magazines, ads are even more appreciated: Mechanics, DIY items, automobile enhancements, exercise equipment, crafts, cooking, travel.  Did I leave any out?

I have a tough time believing that anybody rifles through AARP Magazine excitedly looking for the latest in hearing aids and stair-lifts.

Sure, your media folks have a tough sell. And they know it and do their best:

A new campaign aimed at advertisers themselves features people in their 50s and early 60s, and argues that brands should be focusing on them, not people ages 18 to 34…

Dump the shotgun approach and suck them in. Plan an issue with no age/malady related ads allowed and one-time only rates advertisers can’t refuse. Practically give the ad pages away.

Lose lots of money with this issue, but fill it up with beautiful, sumptuous, high-quality ads for Cars, Swiffer Dusters, Vacation Packages from whomever, Laundry Soap, Fashion Items (did I read something recently about J. Jill?), Warby Parker, Ikea, Smartphones, Tablets, Apple, Microsoft.  Did I leave any out?

Make it up to the age/malady advertisers by giving them discounts for the following six issues. 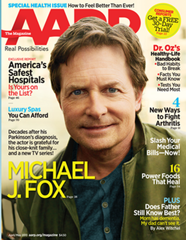 Of course, I would leave editorial in the expert hands of Ms. Blyth and others – but might suggest this: For one issue, no articles about being old or sick.

Put those aspirational TV spots aside for a month and toss up a few about this special issue of AARP Magazine (without really saying what’s so special about it).  Make sure advertisers know that you plan to promote the issue with a national television campaign.

27 March 2013
AARP Is All New Redux: Part II
AARP will also step up its efforts to help businesses develop “their 50-plus strategy”…

Part I for reference:

AARP will also step up its efforts to help businesses develop “their 50-plus strategy” and create products and marketing campaigns to appeal to boomers—for example, in the highly lucrative travel business, with boomers accounting for 80 percent of high-end travel packages.

Fine and dandy.  For fun, I did two simple travel searches.  One was from Chicago to London with a hotel in the package.  Using the AARP Travel/Leisure site, I ended up on Expedia.com through the AARP overlay that claims discounts.  Itinerary and cost:

I closed it and opened another browser instance, went straight to Expedia.com, and searched the same itinerary (travel dates, airports, hotels):

It would be less expensive to book with Expedia directly.

Next, I clicked a super-duper British Excursion package advertised on the AARP Travel site – and set up an itinerary (this time traveling from NYC to London):

However, the price was the same if you bypassed AARP and went straight to the British Airways site.

To be fair, I’m guessing this super-duper deal is really a BA banner ad on the AARP page – although you could be fooled into thinking you’re getting a special rate from AARP.

There are good articles and travel tips on the AARP Travel Site.  But look around the web. You’ll probably find better deals.

At least for now.  If AARP overhauls its travel biz (that’s what they say they’re doing), perhaps one day it will be advantageous for members. 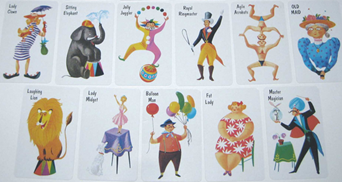 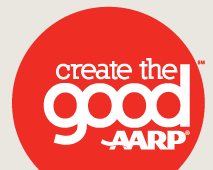 It’s a slow news week, especially when The New York Times poses such a moldy query:

Why Don’t Advertisers Care About Me Anymore? 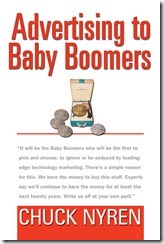 Every answer to every question in the article can be found in the Intro and 1st Chapter of my book ©2005, 2007, available for free download:

Two swipes from the book:

And/or scroll through some posts:

6 September 2009
Boomer Backlash II
… Why couldn’t it have been a car?  Laundry soap?  Baked Beans? Gender-specific razors? Aluminum foil? A smart phone? Anything but some age-related malady.

… Almost immediately, the gentleman said, “There is no way I could sell this to an advertising agency.  They’re all twentysomethings – and have already told me, ‘Why target people over fifty?  They watch your shows anyway.’”

…As consumers do battle to get their hands on their purchased product it seems that some companies make the task as difficult as possible. The resulting frustration ranges from a mild mutter to uncontrolled ‘wrap rage’…

Not much has changed.  I was ripping into wrapping years ago:

… "Bad packaging can make Baby Boomers feel incompetent; as marketers, you don't want to remind this group of people that they don't have the physical skills they had when they were younger."

Now it’s become a 2nd Amendment issue. Many folks believe that you have an inalienable right to protect yourself against Bubble Wrap with high-capacity assault weapons:

If you can get them out of the packaging: