Co-author of 77 Truths About Marketing to the 50+ Consumer, and my good friend and co-presenter at NAHB 2006 and in New York last March and playmate on The History Channel Dr. John Migliaccio has been named Director of Research for MetLife’s Mature Market Institute. 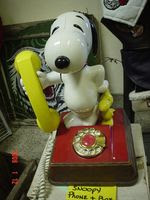 He’s important now, and may or may not take my calls. Here's his brand-new office phone. I’ll give him a test call in a few days to see if he picks up.

I read a version of this article a few weeks ago on The Washington Post site – but this one’s better:

Radio has new interest in music boomers like
When it comes to television advertisers, you are a non-person at 50. Radio gives you until 55. But the times they may be a-changing. In the youth obsessed advertising world, the sought-after magic demographic for TV is 18-49. When it comes to radio, 25-54 is the mantra. Since radio programmers try to deliver what advertisers want, that means formats aimed at baby boomers and seniors fell by the wayside.

As usual, nothing much new in the article. It’s my book, my blog, my consulting, my speaking for the last three or four years.

Two years ago a top Public Relations professional contacted me about radio, Baby Boomers, and a great idea. We tried to get something going - but he and his partner were ahead of their time. Now, it’s a hot topic.

Related: Here's Yours Truly and AARP’s Chief Brand Officer mixing it up a bit on an NPR program. I blogged about it afterwards.
Posted by Chuck Nyren at 7/27/2007 1 comment:

People, organizations, and event planners are always emailing me to promote their this or that. I usually decline unless I know something about it - or I'm involved somehow.

This one came from Portugal, and looks interesting:

From 5 to 7 of October, a combination of leisure and scientific activities will involve:

These will be an exchange-orientated event. Participants (either professionals and people over 50 years) will have the opportunity to explore new networking possibilities and share innovative ideas that can made the difference to a succeeded ageing. Simultaneously we are promoting the First International Canvas Art Contest, to reward the artistic potential of people 50 plus.

I have nothing to do with it - so no implied endorsement.

However, I will be in Europe in September - and speaking (privately or publicly, I'm not sure which) at this event:

I hope most of you can get to this Ad Age article by Matthew Creamer before it disappears into the subscription black hole: 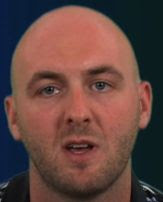 What's Plaguing Viral Marketing
Since the term "viral marketing" snuck into vogue in the mid-1990s, the ad business has been sold on sickness as the way to describe how information, ideas and influence spread through populations of consumers. Once a sideshow to traditional marketing, it has developed its own canon of research and books … But now a long-taken-for-granted central principle of viral marketing - that large-scale changes in behavior can begin like disease epidemics, with just a few highly connected people - is facing its toughest challenge yet. At the center of a growing fray is an unlikely figure: an Australian-born sociology professor at Columbia University named Duncan Watts, who comes armed with mathematical models that, he believes, unsettle much of what you think you know about viral marketing.

Also watch the video. It's a good one. About two-thirds of the way through, Mr. Creamer sounds a lot like Jack Trout:

"... In prior days, we used to try and find the "early adapters" for a product. We figured they had big mouths and loved to tell their friends and neighbors about their new widget ... This all brings me to my word-of-mouth on word-of-mouth marketing. It's not the next big thing. It's just another tool in your arsenal ..."

The article confirms much of what I've been saying over the last few years:

And a comment left about the article sums it up for me:

"Thank you, Dr. Watts, for debunking the too-often-quoted-without-thinking trendy marketing theory espoused by Gladwell and Keller that it takes 500 blabbermouths to build and sustain a business."

I received an email from Martijn de Haas of Active
Development in The Netherlands:

… I thought you might be interested in a Dutch 2005 example of how they tried selling broadband to 50+ consumers. The theme is: "it's hard to keep up with technology”:

They even won the Dutch advertising prize for it. Although I think it’s funny I seriously doubt they got many of the target group to buy it.

- the target group was insulted and laughed it off

I think the latter but would love to hear your opinion …

I agree with Martijn. I’ve written about these types of campaigns in my book and blogged about them a number of times. Here’s just one:

The spot from the Netherlands is kind of cute, very well produced, acted, directed. Not particularly original. The first scenario is a direct lift from the 1st edition cover of my book (I’m sure it wasn’t intentional) - a clever tongue-in-cheek visual metaphor birthed by Anne Kilgore – graphic artist/book designer extraordinaire. Click here to take a look at it.

The driving into the bushes gag is old (at least since the invention of car navigation systems – so five or six years old). I’ve seen it before. The gag about the mouse held up to the monitor is even older (a variation is a piece of blank paper pressed against a monitor so it will ‘print’).

And, of course, it’s always older people who are the foils for these tepid attempts at humor.

Why would you want to viciously ridicule your target market? They might laugh – but will they buy your product? I think not.

On NPR recently there was a report about students who were given laptops instead of textbooks. While these kids certainly knew how to download music, hang out at Facebook, and play video games – they had real problems opening up and using a word processing program. Many had no idea how to save a document. And when they did save it, they couldn’t find it again to open and work on it – or figure out how to print it.

As an exercise, let’s pretend that a company wants to sell computers to teenagers. I come up with a brilliantly funny spot. It’s full of the greatest of gags. In fact, they’re hysterical. For example - a drooling, pimply-faced, frenzied kid is working on a homework assignment - and is trying to type with a joystick! What a moron! Ha-ha! In another scenario, a kid is unscrewing and taking apart a computer to look inside it – trying to find the document he saved! Ha-ha-ha!!!

I tell ya, everybody'll be falling out of their chairs watching this one. It’ll get lots of advertising awards, too.

And most teenagers will probably laugh – but you won’t see them rushing to buy these computers. They have been made fools of.

And they know it.

"I no longer enter my agency's layouts in the contests ... for fear that one of them might be disgraced by an award." - David Ogilvy

Nancy Arter of RRW Consulting in Redondo Beach talks about my book in the company blog: 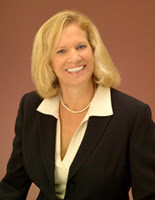 Direct Marketing To Baby Boomers
“Savvy direct marketers are learning how to more effectively communicate with this large group of consumers so they can cash in with them -- and get some of that $2 trillion applied to their bottom line. In fact, a new book has been released to help direct marketers and advertisers do just that. Advertising to Baby Boomers by Chuck Nyren, a veteran creative strategist, explains how to approach this important demographic … This book is a great resource for all of us in understanding the uniqueness of this large group of potential and/or current customers …”

Recently I addressed an eclectic group of Direct Marketers. They were very receptive to what I had to say. I certainly hope it was helpful.

If you’ve been eyeing this blog over the last 2+ years, you know that I’m not a big fan of general interest social networking sites for Baby Boomers. Here’s an excerpt from my book: 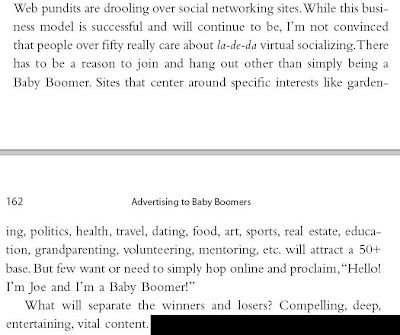 There are so many now that I can’t keep up with them. And they’re all the same. I get emails practically every week from people wanting me to visit and blog about their new, wonderful site just for Baby Boomers:

“… While we don’t have ten million dollars like Eons, we think that our site is better.”

“… ***** began to form in my marketing subconscious … a warm, friendly, inviting village where Baby Boomers could come to relax and find information about the subjects of interest to them. ****** would have different "streets" within the village … a visitor would choose a street according to their need or interest. Lifestyle, Money, Health, Community, Current Events, Today's World and Fun & Games have each earned a spot as one of *****'s streets.”

Aren’t there about a hundred of these make believe and they make me sleepy internet villages already?

“ … I have built a fun and progressive environment that enhances our Members' abilities to Connect, Learn, and Explore. The Premier Internet Destination for Ages 50 & Up.”

If you haven’t guessed already - it’s all about money. They think Baby Boomers with 2 Trillion dollars spending power - and the 3000-ring circus begins.

There are a few I like - like Growing Bolder. That’s because it’s off-beat and nutty, chock full of videos and audio podcasts culled from the Growing Bolder radio program. It’s different. They’re passionate. (And although the folks running it don’t like to hear this – it’s not really a social networking site.)

Working for a Life, Not a Living 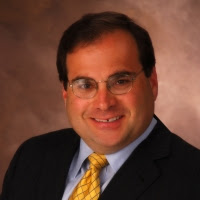 Todd Harff, President of Creating Results, has penned an important piece in the latest issue of 50+ Housing Magazine:

Working For A Life (Not A Living!)

Todd chats with a handful of Boomers who have moved into adult communities and have no use for shuffleboard or canasta. They are not only working – but in some cases are working as hard as they ever have.

And they’re enjoying it:

I wrote about this Baby Boomer zeitgeist in my book. Mr. Harff has his own ‘in the trenches’ insights - and they're great ones:

Todd also speaks at various 50+ business conferences around the country. If you’re at one and he’s conducting a breakout session or workshop, sign up.
Posted by Chuck Nyren at 7/06/2007 No comments:

Set of Two Boomer Marketing Books
Item #: 1027
Get baby boomer marketing and advertising advice in one money-saving package. Buy both books together and save 25%.

If It’s Wednesday, This Must Be Belgium

Most of the seminars are not open to the public - but this one is:

Senior citizens: a growing market
Over 50s, baby boomers, the charmed generation ... Just some of the many names for consumers with high purchasing power and often lavish spending patterns. What are the trends in this market? How can marketers better promote their products and services to this consumer category? Is it one category or many different categories? These and other questions will be answered by a panel of expert speakers.