JC Penney: The Store For Everyone 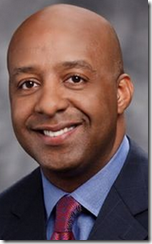 The department-store chain, struggling to emerge from $3 billion in losses in the past 3 1/2 years, yesterday named Ellison its next president and chief executive officer.

The simplest of through lines, with much missing: 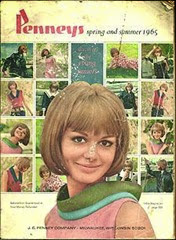 The history of J.C. Penney goes back over 100 years.  In the 1960s Penney began to position itself as a middle America alternative to department stores (Macy’s, scores of others).  On the other end, it was more fashion-conscious than stodgy, dependable Sears.

Then Target (also with a long though disjointed history) positioned itself as a hipper version of J.C. Penney. Other retailers followed. Now, Penney is perceived as almost as stodgy and behind-the-times as Sears was.

Time for a shakeup.

Mr. Ellison is given credit for helping to turn around Home Depot.  One of the reasons I like HD: age diversity.  I don’t go looking for some old person to help me, but they’re there.  And I know they have some idea of what I might have to go through utilizing a product, installing whatever– so they steer me in the right direction and give good advice.  If you’re a young’un, and you want to talk to a young’un – they’re there, too.

Somewhere in the above paragraph might be a clue for turning around J.C. Penney.

What about advertising?  Penney might study the age-neutral campaigns of Marks & Spencer:

…What fascinated me was walking into the store with my more-significant-than-I-am other and watching her riffle through the racks. She turned this way and that, being drawn to items for herself, her teenage daughter, and her twenty-something daughter. It was obvious that all three could shop together practically in the same spot.


There are plenty more – all the way up to today.  Search YouTube.

JC Penney could (and should) be the store for everyone.