Not for advertising but for everything else.

In my corner of the ether, no progress by ad agencies targeting this unwieldy, diverse demographic.  Looking over my posts the last twelve months…

The three most popular posts of 2017:

Along with Google Glasses, you'll also be wearing Google Nose and Google Mouth.

Back in January if the world is still around.

No matter what the product or service, when Mad Ave tries to ‘reach’ us we’re always sick.  Or something’s horribly wrong.

Even if they want us to buy a car we have to be sick first:

What happened to this lady? Did she have a heart attack?  The doctor says she has to ‘go slow’…

Well, whatever her affliction is she’ll get better if she buys this car. And exercises. And is looked after by her daughter.

According to most ads selling stuff to Boomers, we have to be sick before we can buy anything. Or, we’re naturally ill all the time and the only reason we’d buy anything is to make us well.

And don’t try to sell me a refrigerator unless it can cure me of something.

I read a press release the other day that was a mix of silly and pointless. A few news sites picked it up and fashioned their own versions. (There won’t be any links because I don’t link to silly.)

Culled from the press release and articles:

Millennials (81%) are much more likely to be influenced by advertising than Baby Boomers (57%), who have generally already set their brand affinity and buying patterns …

I’ve debunked the myth of ‘boomers don’t change brands’ so many times I’ve lost count. A quote from a review of my 2005 book by Dr. Joyce M. Wolburg published in The Journal of Consumer Marketing:

What’s not mentioned, not even considered, is that 95% of advertising is targeted to Millennials.  Of course they would be influenced. And when advertising is directed at a mature demographic, advertisers screw it up so much that we’re offended. (I think I’ve said this a thousand times in my book, blog, speaking engagements, consulting assignments, on street corners drooling and unbathed as I accost unsuspecting passersby.)

Download the first few chapters of the book: Advertising to Baby Boomers PDF

What a shock. I’m also guessing that most consumers trust established stores more than some guy in a dark alley with an open suitcase full of watches and whatnot.

Smartphone Ads = Silly Graphical Doodads
… The mobile/social media soothsayers will have you believe that there is this unknown, magical mode of persuasion that has never been thought of before – and will reveal itself any day now.

And lots more, too many more posts: 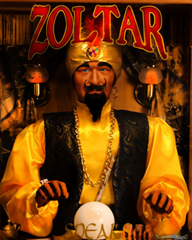 Foretellings
… That silly retronym “traditional advertising” will remain the premiere force for introducing people to a product or service, along with sustaining its shelf life. Television, print, radio, and billboard ads will continue to have the visceral power they’ve always had – if only for their sheer size, simplicity, and cutting-edge audio/visual qualities. 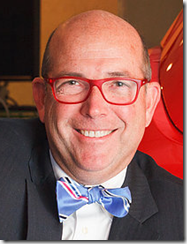 "Old age (as a concept) is made up. Most of it was invented by human beings for short-term, human purposes over the past century and a half. Today, we’re stuck with a notion of oldness that is so utterly at odds with reality that it has become dangerous. It constrains what we can do as we age, which is deeply troubling, considering that the future of our older world will naturally hinge on the actions of the older people in it."
– Dr. Joseph Coughlin

I met Joe Coughlin in 2006. We were presenting at a private conference for a pharma outfit, still wet behind our hairy ears.

I had attended and/or spoke at various marketing and boomer conferences - and thought I’d heard it all. But Joe’s presentation was like no other. We chatted on and off through the day and shared a cab to the airport.

Since then, Dr. Coughlin and MIT AgeLab have become potent forces researching, investigating, educating, and promoting all things elder.

The focus of AgeLab has evolved. In the beginning it was gizmos, mostly. Now it encompasses just about every facet of age-related life:

Dr. Coughlin’s new book is likewise like no other.

The Longevity Economy
… Coughlin provides deep insight into a population for whom the defiance of expectations is the new normal, and who are building a striking, unheralded vision of longer life that very few in business see coming. His focus on women -- who are leading the charge away from traditional ideas of retirement toward tomorrow's narrative -- is especially illuminating …

Google The Longevity Economy and/or Joseph Coughlin for press and reviews, along with videos of his appearances over the last decade.

Dr. Coughlin covers a handful of subjects I’ve written and talked about for years: advertising/marketing and the horrors of not understanding this demographic, the importance of entrepreneurs, the power of women as decision-makers, etc.

What I love about the book: Joe’s fascination with history. No matter what the subject, he delves into all the antecedents.

My presentations usually include a history of advertising. I talk about diversity and creativity through the years. So, I’m a sucker for history.

For me, the paragraph summing up the book is on (appropriately enough) page sixty-five:

A few selections from my book and blog:

… I'm fifty-four, and (according to the advertising and marketing industry) I haven't brushed my teeth, bought laundry soap, purchased a shirt, or taken a shower in almost twenty years. And as far as big ticket items - well, those rabbit ears work just fine on my 13-inch black & white T.V. They just need a nudge and a jiggle every now and then, that's all. And if a new needle is needed for my phonograph, I just get in my '73 Pinto and head over to the Goodwill and, when no one's looking, twist one off of a dusty old turntable and put it in my pocket ...

… I guess what upsets me about this campaign is not the campaign itself.  I like it.  I see people around my age – they’re entertaining, loose, funny. I’m wondering what the payoff will be. What a letdown.
Why couldn’t it have been a car?  Laundry soap?  A computer?  A razor?  Anything but some age-related malady …

16 September 2009
Boomer Backlash II
… If every time someone over fifty sees a commercial targeting them and it’s always for an age-related product or service, pretty soon their eyes will glaze over, they’ll get itchy and grumpy.

I’ve been scribbling and bellowing about advertising and baby boomers since 2003. After the first few years it dawned on me that I was part of a bigger picture. Admitted blustery profundity: We’re changing society and the effects will be felt for generations. Millennials will be old someday and they’ll be old longer than we’ll be old. We’re paving the way.

Joe Coughlin is the Point Man/Person at the moment. Read the book.

04 August 2010
Universal Design As A Beginning, Not An End 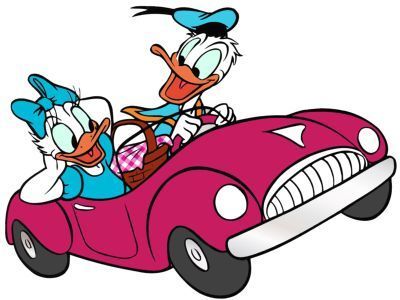 The Dotty Thing
by Chuck Nyren
On the way to the store to do Thanksgiving dinner shopping. She’s thumbing through the newspaper inserts and reviewing her list …