Traipsing every which way today… 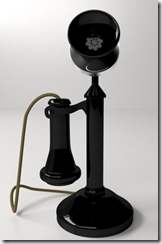 … Baby Boomers have solid smartphone adoption, at 64.4% of mobile phone users this year … Baby boomers also had a highly negative response to mobile ads ... Fewer than 8% said they were likely to purchase a product advertised on their mobile phone … Overall, just 5.2% were interested in receiving ads on their phone at all.

Hmmm.  This all sounds vaguely familiar.  A post from five years ago:

Millennials Boast Huge Social Networking Growth and Engagement on Smartphones, But Older Users Surprisingly Outpace Them on Tablets
By: Michael Buhl
… Older generations seem to prefer the ‘sit-back’, larger screen experience that more closely resembles the days of reading a newspaper, a book, or even using a laptop computer. 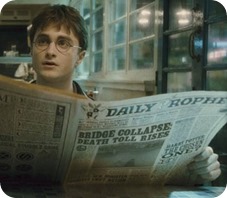 … People will power up desktops/laptops for work and interactive pursuits, then grab their tablets for passive pleasure.

People are always asking me what I think of Mad Men. That’s because for the last three or four years I’ve included a section in my presentations about the history of advertising creatives, and a big chunk of it focuses on the era Mad Men inhabits…

Coming soon to an academic library maybe near you:

By Michael Prieler, Florian Kohlbacher
Population aging is a powerful megatrend affecting many countries around the world. This demographic shift has vast effects on societies, economies and businesses, and thus also for the advertising industry.
(Yours Truly penned the Afterword)

Lots of news services are writing about Baby Boomers & Housing & Retirement. This makes for  good copy, but not new copy.

By Liam Pleven
… But it is difficult to predict what type of living arrangements they will seek out as they age, and when they may need senior housing, particularly given longer lifespans and changing attitudes about such types of housing.

Selling Universal Design/Aging In Place ©2005/2007 (PDF):
… My NAHB presentation had a large section dedicated to the problem‘ of aging in place. It‘s a problem, of course, for AACs. How do you convince Baby Boomers to consider your offerings – whether your community is across the country or across town?
The first slide in the Aging in Place section was titled Let’s talk about your competition.  I tossed up logos from Del Webb, Robson, Meritage, and a few others – along with one of a real estate salesman outside a house with a for sale sign. I shook my head. “These are not your competitors,” I said, “This is.”

Also from the WSJ:

Good piece. My takes over the years…

Pull-quote from the cover of Advertising to Baby Boomers, first edition published in early 2005:

A collection of posts about aging in place, with lots o’ links: