Until next year (if it happens)…

I thought it’d be a smart move to get my last post of the year in before the end of the world in a few days.
Making predictions for 2013 – that’s what everybody’s doing now.  But NostraChuckus has no prophecies.
The Crystal Ball of Common Sense is hazy.

Like
The Mayans, NostraChuckus unleashes prognostications not limited to calendar years.  Often he foretells decades in advance.
It’s impossible to keep track of the slews of small-to-medium ad agencies opening up specializing (or so they say) in targeting Baby Boomers.  All follow in the shadows  of Yours Truly and others.
Culled from Advertising to Baby Boomers ©2005: 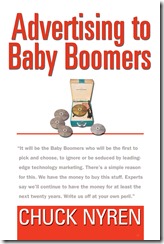 My guess is that the revolution will be a quiet one … It won’t be high profile, and most likely you may not hear about it until it’s over. Here’s what will happen.
The Prediction: A Baby Boomer at the helm of a small or medium-sized agency will roll up his or her sleeves, get his or her hands dirty with copy and design (or hire a few of his or her creative buddies from the old days), and fashion a campaign for a general consumer product, with Baby Boomers as the target market…
Small-to-medium-sized advertising and marketing agencies may squirm at first, even kick and scream—but eventually will be co-beneficiaries of this common sense revolution. Some may become the heroes and heroines of this reasoned paradigm.
Last week there was a newspaper piece about advertising and Baby Boomers.  A fellow heading up a small agency was quoted:

Sounds vaguely familiar.  From a review of Advertising to Baby Boomers (2005): 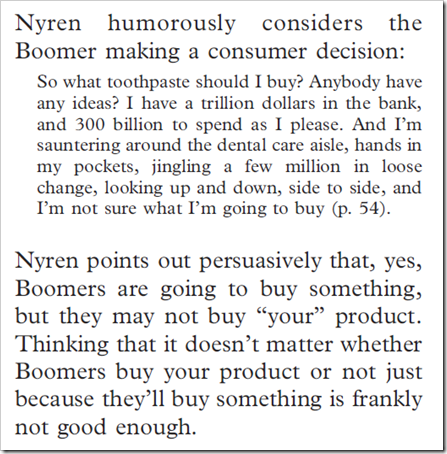 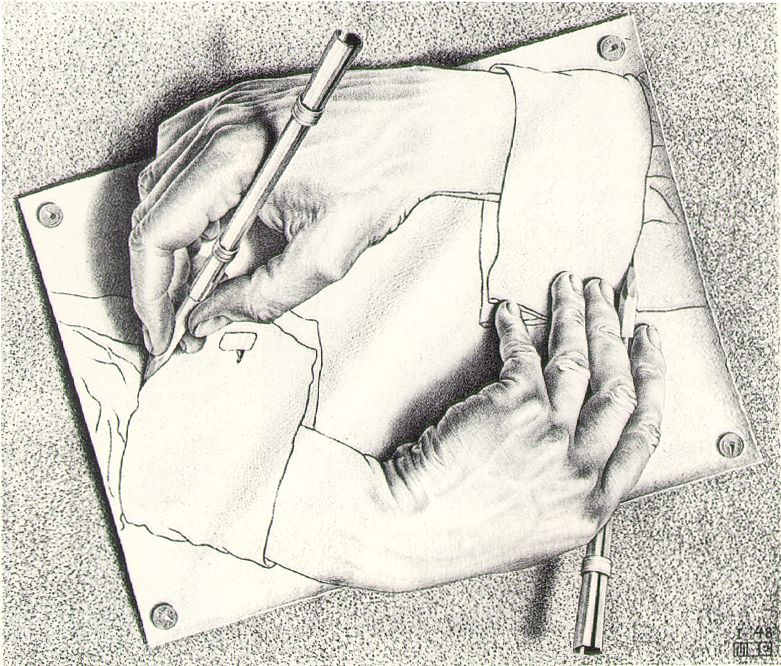 The strongest drive is not sex or greed. 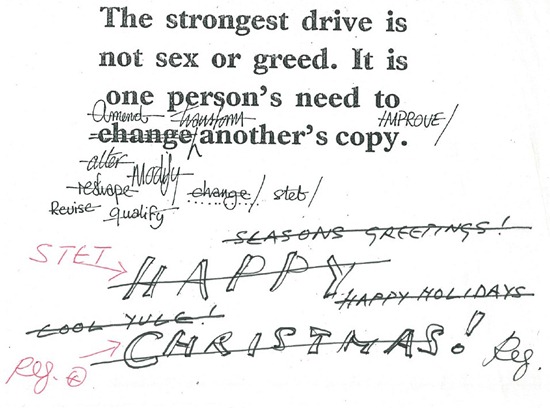 Reg Starkey has been writing copy since the Dead Sea was only poorly.

For the last umpteen years, he has focused primarily on the ‘mature market’ where he perceived the need to fill the yawning gap between technically ‘clever’ advertising and effective communication.

As sooth is said, eld has great advantage;
In eld is both wisdom and usage;
Men may the old outrun but not outred.– Geoffrey Chaucer, Canterbury Tales

The New Millennium Tales
This book is ahead of its time in its recognition and understanding of the importance of the mature market. Whilst others waste time obsessing about youth, this collection sheds all the light you need on reaching Baby Boomers.

What is Digital Advertising?

I wanted to follow my previous post by posing a tongue-in-cheek question: What is Digital Advertising?  I’ll do that in a scroll or two.

Merely researching the subject made my head spin.  So many buzzwords, catchphrases, and twaddle to slog through…

Thanks to The Ad Contrarian (I should’ve just gone there first), here’s a video that sums up everything:

Truth Is Stranger Than Satire
I have watched this thing three times and I am convinced that these people are serious.

And there’s this chestnut:

The newest buzz-phrase has me completely baffled: Native Advertising.  One social media guru described it as advertising that is ‘baked into’ the content. I guess it’s sort of like the old Burns & Allen Show where  one episode had Gracie baking a cake using Betty Crocker Cake Mix, a sponsor.

Or was that product placement?  Madison & Vine?  I’m still confused.  Whatever it was, I know it doesn’t work anymore, is old school, and nowadays native advertising is the future, and all advertisers should be all over it or their businesses will fail.

So what is Digital Advertising?

I read an odd piece the other day.   A fellow instrumental in the development of  banner ads (#epicfail)  now doesn’t like them:

“There's a way to make web advertising a better experience, like an ad in between every pageview that you can simply flick away if you don't want to see it. I'm a big fan of full-page ads, especially on tablets.”

Hmmm.  Reading a magazine on a big tablet, immersing yourself in a passive experience with no distractions…

27 April 2009
Is roiling ether the best place for advertising?

23 October 2012
The Future Of Consumer Doodad Technology
Tablets/Smartphones will be big, small, thin, simple, complex, active, passive, out the door in your purse or pocket, lost in your couch cushions…

15 April 2007
Positioning Magazines for Baby Boomers
… This (digital) nest is here to stay – but for a big part of their day Baby Boomers are happy to fly far from all the chaos and into another nest – one that is warm and nourishing. That’s where they will find, among other delectable items, your magazine.

01 May 2010
Foretellings
That silly retronym “traditional advertising” will remain the premiere force for introducing people to a product or service, along with sustaining its shelf life. Television, print, radio, and billboard ads will continue to have the visceral power they’ve always had – if only for their sheer size, simplicity, and cutting-edge audio/visual qualities.

06 March 2012
Digital Distractions
Digital interruptions are headache-inducing. Not so with magazines. Advertisements are welcomed and appreciated. They are integral, seamless extensions of the magazine experience.

So are full-page ads in a magazine you’re accessing on a tablet digital advertising?