Tailoring media to an older crowd 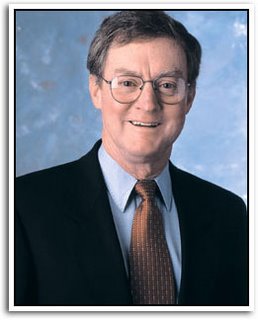 Erickson is in negotiations with Comcast Corp. to start airing this fall a daily, four-hour segment of cable programming aimed at baby boomers under the name Retirement Living TV. He hopes to build the content to a 24-hour stand-alone station. He then wants to move to the Internet and other technology such as podcasts.

Retirement Living will air "Amazing Seniors," about the achievements of people after they've retired from traditional jobs. Erickson also wants to set up a "Meet the Press"-style public-affairs show, and have programs on personal finance, travel and fitness all directed at the age group … Erickson said he could fail, like most TV startups, but he could also awaken a sleeping giant. "I think you'll find that everybody wants to talk to this market," but nobody yet has pulled it off, he said.

I won't comment on the shows because I haven't seen them (although this doesn't stop some media experts and pundits). I will say that I admire Mr. Erickson and his team simply because they're doing it.

However, the word 'retirement' might scare off Baby Boomers. It smacks of 'old' and 'irrelevant.'

Not too long ago I was talking to Marc Middleton of Growing Bolder—a web site, radio show, and other good stuff under wraps at the moment. Originally Marc named his
umbrella company The Active Aging Network. I said that he should dump the word 'aging.' Now it's the Active Living Network. Much better.

I'm not taking credit for this. Marc no doubt talked to other people about it. I was probably one in a handful of sounding boards.