Gill Walker & the folks at Evergreen Marketing in Australia are offering $10,000 of their services for free:

Celebrate our 10th Birthday and win a $10,000 campaign
The winning organisation will get to work with the agency to best spend their $10,000 credit. On offer is a combination of agency hours and supplier services to help both develop and implement the campaign.

I’d take this seriously. Evergreen has an impressive portfolio.

Only a handful of days are left, so click the Enter Here button and fill out the form.

CMOs/Ad Agencies are sort of getting the message. Not that they quite know what to do with it after getting it, but efforts are being made. What a shock not to be portrayed as sick, daft, vapid, immature or stupid in any of these ads.

Cute, sassy. Not sure why this fellow would make fun of a male teenager with long hair.  This ignorance creates a queasy cognizant dissonance for folks fifty to seventy and thereabouts.

Not sure why these two have to be retired.  They could simply have busy lives, appreciate the convenience.  It’s as if the advertisers are embarrassed using older folks in a commercial and feel the need to apologize and explain why.  You see, they’re retired.  Now it makes sense.

Age-neutral targeting starring Boomers (unlike another one).  A simple, clever campaign making everybody aware of T-Mobile’s global coverage plans.  I laughed out loud at this one:

Overall, pretty good spots.  A few tweaks from some or more older creatives would have helped.

Carmakers should be marketing their hybrids to…

Carmakers should be marketing their hybrids to … baby boomers

Car companies have long pitched their rides to the young, but the biggest buyers of hybrid cars in the US are the 60-plus set…

As usual, I wonder why this is news:

21 December 2007
Green Boomers
Green boomers are more attuned to advertising, both positively and negatively. They pay attention to ads for products they plan to buy, but are more critical and therefore are more likely to believe there is not much truth in advertising. They also wish that advertising included more real product information to help make decisions.

How long have I been saying that? I wrote articles about it four years ago, must have posted about it here twenty times over the last 2½ years… 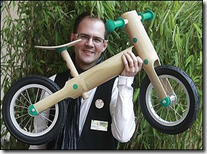 17 February 2011
Green Boomers Redux
… A few of these Green toy companies might get the smarts – and market their products directly to Baby Boomer grandparents.

16 May 2008
Coming Boom in Boomer-Friendly Transport

My point three years ago was that Baby Boomers were buying up those mid-priced boxy cars (even though they were being marketed to college kids and twenty-somethings) because they were easy to get in and out of, easy to see out of, and some had large dashboards that were easy to read. So why not build cars with these and more features for older drivers?

Along with ‘green’ – the auto industry had better retool with an eye on the 50+ market.

The same day the previous post was tossed up, I read this:

… "While the hype around social networks as a driver of influence in eCommerce continues to capture the attention of online executives, the truth is that social continues to struggle and registers as a barely negligible source of sales for either new or repeat buyers. In fact, fewer than 1% of transactions for both new and repeat shoppers could be traced back to trackable social links."

So WOMM is a washout. So are banner ads.

What the hell are these consumers people doing?  Reading stuff? Looking at pictures and silly videos?  Listening to music? Communicating with each other?  Sharing stuff? Being virtually sociable?

Where are their priorities?  They are supposed to be viewing and clicking ads, then buying stuff.

Back to that piece in Business Insider:

What’s disproportionately well mean?  If fewer than 1% of transactions are influenced by social media for large businesses and their products/services, does this mean that 1% of social media advertising is influential when considering small business products?  Or would it be fewer than 2%?

That leaves paid search, email, direct marketing, and something we now refer to as traditional advertising…

Pretty soon, consumers won't believe anybody - even their best friends. They'll realize that they receive the most honest and straightforward information about a product or service from a TV commercial, print ad, or product web site. At least we don't lie about who we are and why we're saying what we're saying.