An interesting study by Focalyst/AARP has been released. Much is the same old, same old – but some is good, new stuff:

40 Million ‘Green Boomers’ In U.S.
Forty million boomers use their purchasing power to buy environmentally safe brands, according to a survey from AARP Services and Focalyst.

Green boomers are more attuned to advertising, both positively and negatively. They pay attention to ads for products they plan to buy, but are more critical and therefore are more likely to believe there is not much truth in advertising. They also wish that advertising included more real product information to help make decisions.

How long have I been saying that? I wrote articles about it four years ago, must have posted about it here twenty times over the last 2½ years, usually spend a good ten minutes on it during my presentations – and t 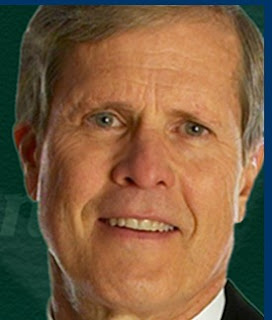 his info is in both editions of my book, first published almost three years ago.

Brent Green also has been writing about it for years. (He’s really Mr. “Green Boomer” and knows more about it than I do.)

Green boomers are watching less television, but are spending more time with print media, such as reading newspapers, magazines and books (95 minutes vs. 78 minutes per day).

Again, I’ve talked about this until green in the face. For years. Print is still a powerful media for advertising to Baby Boomers.

But this did surprise me:

I guess those former yuppies (now called oupies: old urban professionals) do drive around in big SUVs, fill them up with pallets of plastic-bottled water from box stores, and haul them back to their McMansions where the monthly utility bills must be in the low four figures.

Then factor in the tens of millions of Boomers who kept their ideals through the 1960s to the present, eschewed the big bucks, became teachers, employees of government agencies, opened up low-profit socially-conscience businesses, etc. A highly educated bunch.

So it makes sense.