Since it’s that time of year again, with Black Friday and Cyber Monday and just going out shopping any ol’ time and/or flopping on the couch with your tablet looking at tablets to buy loved ones – let’s look at some old news wrapped up as new:

The Old (so old that once you get there the links may have withered): 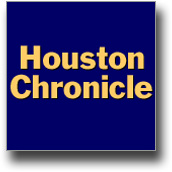 "Boomers think their grandkids are too programmed, and they're looking to stir things up."

13 February 2007
Grandboomers
… As with just about everything, Baby Boomers are redefining what grandparents are supposed to be – and do. Such troublemakers…

10 February 2011
Green GrandBoomers in Toyland
A few of these Green toy companies might get the smarts – and market their products directly to Baby Boomer grandparents.

Why You Should Be Targeting Grandparents This Holiday Season
… They have the money and the desire to splurge on things they truly want and are redefining what it means to grow older. 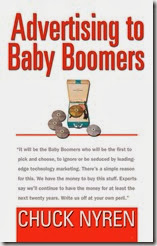 It will be the Baby Boomers who will be the first to pick and choose, to ignore or be seduced by leading-edge technology marketing. There’s a simple reason for this. We have the money to buy this stuff. Experts say we’ll continue to have the money for at least the next twenty years. Write us off at your own peril.

Boomers are slyly redefining what it means to be the ages they are. Included in this new definition are some youthful attitudes - but the real change is that instead of winding down, many are winding up.

Imitation is the highest form of flattery, or everything old is new again.  Take your pick.

A Mishmash of Topics

ADD or multitasking? Whatever it is, you’re getting a mishmash of topics:

… It’s print subscribers — now being priced up and upsold into all-access digital plans — who are responsible for the only bright spot in newspaper revenue growth. Though 85-95 percent of these subscribers are staying through these rounds of price increases, only a minority of them actually use the newspapers’ digital products much. They like newsprint.

Late-life Metamorphosis
These boomers — born again as entrepreneurs — are the stars of their own second acts
By Hanah Cho
… For more than a decade, 55- to 64-year-olds have started more new businesses than any other age group, according to the nonprofit Kauffman Foundation, which promotes business ownership.

… Many of these folks are writing fiction and non-fiction, becoming graphic artists and photographers, and playing and composing music. And just as many are doing astonishingly creative things in the business world, often as entrepreneurs.

Another book you should check out:

Boomers and Silent Generation members) to find out:

The findings from this research have been collected in a new eBook, with analysis and insights to make your digital marketing more effective with Baby Boomers and beyond.

Marketing to Caregivers
By Andrew Kaufman

… By understanding the daily challenges and decisions that affect the lives of caregivers (and their patients), you’ll start to identify how your organization can address those needs in ways that strengthen your brand and increase your exposure among this influential audience.

AARP Sends a Thank-You to Caregivers
By Jane L. Levere

AARP and the Advertising Council are beginning a new advertising and social media campaign this week designed to illustrate the many roles caregivers play and to thank them for this assistance.

14 May 2010
The Daughter Trap
…What an appreciated relief it would be for a couple of major outfits to acknowledge and support caregivers.

Let’s hope I can focus next time around.

Clients and just about everybody else seem to be confused about advertising on all these new-fangled gadgets.

Added to the mix are odd, stupefying concepts like digital and mobile and native. Most of this stuff is gobbledygook, but I’ll try to separate the chaff from the chaff: 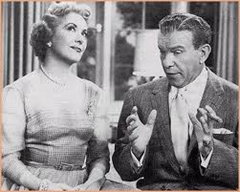 … The newest buzz-phrase has me completely baffled: Native Advertising.  One social media guru described it as advertising that is ‘baked into’ the content. I guess it’s sort of like the old Burns & Allen Show where  one episode had Gracie baking a cake using Betty Crocker Cake Mix, a sponsor…

If you believe that, I have a Blackberry in Brooklyn I want to sell you…

What is mobile advertising?  It used to be placards on the sides of buses.  Some people still think so.

If I tuck a magazine under my arm and take it with me, is that mobile advertising?  If I’m home on my couch flipping through Flipboard on my tablet that I don’t take anywhere anymore because the thrill of brandishing it is gone, I just use it at home - would those big, almost full screen ads be traditional advertising?

I’ve written about this before:

…That silly retronym “traditional advertising” will remain the premiere force for introducing people to a product or service, along with sustaining its shelf life. Television, print, radio, and billboard ads will continue to have the visceral power they’ve always had – if only for their sheer size, simplicity, and cutting-edge audio/visual qualities.  Advertising on smartphones will be considered an annoyance, invasive, and rather dinky…

Tablets are getting bigger, lighter, faster, easier to handle.

Those 6.4 ounces make all the difference when, as you recline while reading or watching a movie, you conk out and the iPad falls forward to bonk you on the nose. The Air won’t hurt you the way the old iPad did.

Smartphones will stop getting bigger – unless some evolutionary quirk transforms human hands to the dimensions of baseball mitts.

Advertising on smartphones?  Only if you think something half the size of a matchbook cover will catch and hold anybody’s attention.