I’ve been doing a lot of consulting for magazines/magazine web sites lately. When I present at a public or private conference and the attendees are involved in print, included is a large chunk about positioning magazines for Baby Boomers. And I’m informally asked about this subject on a regular basis. Here’s a quick version of what I say:

Take a look at this classic commercial from the early 1980s ...


That was before desktop computers, cell phones, IM, BlackBerrys, Twitter, etc. If done today the spot might still be funny and persuasive, but would reflect a different ethos - because for many of us life is like that. I know a big chunk of mine is. (We have a new, cute term for it: multitasking.)

I think not. (Although I do wonder about the fate of daily newspapers.) 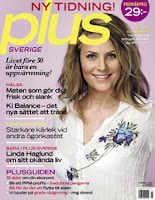 Magazines do not compete with the various offerings slithering and exploding in a digital nest. If you fashion a web site for your magazine it would be wise to make it a different experience – because it will be whether you like it or not. It’s a web site, not a magazine. Certainly a bit of cross-promotion, a bit of cross-branding should be a part of the experience. I might suggest the same logo but a different layout and color palette. Certainly different content.

To position the magazine in a promotional campaign place it far away from the interactive frenzy. It’s like a pleasant dinner, a walk, a good movie, a good book – to be singularly appreciated. Too often, I see magazines desperately trying to compete with and within the digital nest. This nest is here to stay – but for a big part of their day Baby Boomers are happy to fly far from all the chaos and into another nest – one that is warm and nourishing. That’s where they will find, among other delectable items, your magazine.
Posted by Chuck Nyren at 4/15/2007