What does ‘old’ mean?

Here's a fun piece from England by Bryan Appleyard:

What does ‘old’ mean?

The (Dove) campaign, promoted on giant billboards in big cities, is said to have added $1.2 billion to the value of the brand. But has it added anything to the value of age?

Almost certainly not …. Charles Saatchi, 63, will still race around Hoxton looking for young talent, women will still get Botoxed, and men will continue to apply Grecian 2000.

I got a kick out of Mr. Appleyard's musings, and agree with most of what he says. I could nitpick, but I'm getting too old to nitpick. Too tired to.

But not too tired to link to a post of mine from a year and a half ago:

It's okay to be gray. 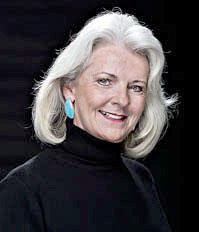 As everyone knows, thanks to so many astute media pundits and marketing/advertising gurus, Baby Boomers think they're still teenagers and are horrified when they look in the mirror and see some hoary stranger in their forties or fifties. (And in a few months, many of these malicious apparitions will take the form of normal human beings in their sixties.) Botox! Hair coloring! These are the answers to that creepy, disingenuous image staring back at them.

Once upon a time, women would curse their gray hair and reach for the dye to cover it up. Or they'd eventually cave in and drench themselves in that ghastly purplish-blue rinse - the one that turns the shade of the Rocky Mountains at dusk. It was like the mark of the old age beast. But with salt falling on their heads like a blizzard, baby boomers are, as usual, opting to do it their way. So long, stigma, hello gray.

Of course, I've yet to "apply Grecian 2000." That's because don't have any gray hair. All those streaks and patches of white are simply bleached by the sun.

In fact, in the dead of winter in Seattle it grows bleached. Very strange phenomenon.
Posted by Chuck Nyren at 4/25/2007