Wrapping Up The Year 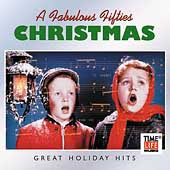 with a few odds and ends...

Those cheapskate, selfish Baby Boomers are at it again. Or are they simply fiscally irresponsible? Or both?

U.S. baby boomers seen donating $100 bln this year
U.S. baby boomers are expected to give roughly $100 billion to charity this year, marking a 25 percent increase from 2005, a study released on Thursday shows.

Baby Boomers Say TV Ads Neglect Them
The finding is especially significant because a majority of boomers surveyed--58%--say TV is their primary source of information about new products and services … Boomers surveyed … placed a high premium on humor, with 91% praising funny advertising, and actors who look like them. Fifty-one percent said they identify more with people in their age group. Tanya Giles, senior vice president, research and planning for TV Land, says … "Savvy marketers would do very well to court these consumers." 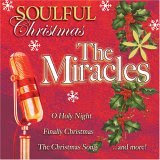 Many marketers and advertisers are ignoring the largest and potentially the most productive consumer group in the U.S. - Baby Boomers (40-59 year-olds) - The 82 million Baby Boomers currently make up 39% of the population … it's clear that Baby Boomers are just as likely as Millennials and Gen Xers to purchase and use many advanced technologies … Baby Boomers are more likely than others groups to be absorbed in different forms of media and can be reached through a variety of advertising efforts.

All information in articles of mine from three and four years ago, in my book written two years ago, in this blog over the last year and a half. Information heralded as new insights.

I'm getting drowsy. Any more exciting new insights and I'll fall asleep before my nap.

Here's something I missed, however - tipped off by a post at Aging Hipsters: 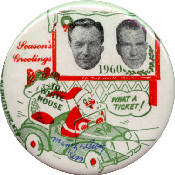 Psychological Neoteny
In a recent issue of Medical Hypotheses, (Dr. Bruce) Charlton argues that unlike previous, more settled societies that could afford to honor a narrow and well-defined worldview (that is, a "mature" one), modern life is tumultuous and ever-changing. Accordingly, it rewards those who retain a certain plasticity of mind and personality. "In a psychological sense, some contemporary individuals never actually become adults," he writes … Furthermore, he

argues, social roles have become less fixed in modern society. We are expected to adapt to change throughout our lives, both in our personal relationships and in our careers, and immaturity, as Charlton added, is "especially helpful in making the best out of enforced job changes, the need for geographic mobility and the requirement to make new social networks." In fact, he speculates, the ability to retain youthful qualities, now often seen as folly, may someday be recognized as a prized trait.

Sounds like what everybody says about Baby Boomers, doesn't it? How immature we all are. We never grew up. This may or may not be true - but if true, it's obviously for good reasons.

Which reminds me of the big catch phrase of the year: 50 is the new 30, and/or 60 is the new 40, or some rubbish like that. Again, I talk about this at length in my book (before the phrase became popular), saying something along these lines: Baby Boomers do not think they are still in their twenties or thirties. They are redefining the ages they are.

And I'm not happy that someone put it better than I did (or at least more memorably and succinctly) — No, 60 isn't the new 40:

One Baby Boomer blogging. Reminds me of what I just wrote and sent to my publishers for the 2nd Edition of the book. I talk about how so many sites that try to lure Boomers are rather vapid, empty.

Two things I never thought would turn me on: a cooking show and the postings of a Flack. A PR Blog that's sarcastic, intelligent, sexy, funny.

Gift giving? Here's the new Baby Boomer Donkey Kong - although I bet this game is better.

Happy Holidays. Two interesting marketing tomes are on their way to me, so expect book reviews in the New Year.

AARP/History Channel's Our Generation: Toys of a Generation

The Boomer Generation was the first generation to be actively marketed to as children. In the 1950's, canny advertisers used television to reach young boomers and entice them with a generation's worth of seemingly irresistible toys. Today, many of these toys are classics. Our resident historian Steve Gillon hosts.

I'm a talking head on this one. Should be a fun show. An earlier post about it.

The series has been very good so far. Shows on Kent State, MLK, The Sexual Revolution, Duck & Cover (with a fascinating tour of the big 'bunker' at Greenbrier), The Mustang, The Apollo Mission. The 13-part series is about midpoint with the one I'm on.

Over the last week I've dropped some comments in a few blogs I regularly read: The Flack and Brand Autopsy. So I might as well blog about the brouhaha here.

The Brouhaha: Word-of-Mouth Marketing. WOMM. It's been making headlines lately, what with the Edelman/WalMart RV/Blog fiasco and a few others. And a sort of but not really non-ruling ruling by the Federal Trade Commission:

The Federal Trade Commission yesterday said that companies engaging in word-of-mouth marketing, in which people

are compensated to promote products to their peers, must disclose those relationships.

The FTC's response was to an Oct. 18, 2005, petition from Commercial Alert, which claimed that marketers were "perpetrating large-scale deception" by paying consumers to shill for products but not revealing the financial arrangements. Commercial Alert called word of mouth, or buzz marketing as it's also known, "fundamentally fraudulent and misleading." ... The FTC decision means that companies such as Procter & Gamble, Hershey Co. and countless other corporations, agencies and buzz-specialty shops will avoid the specter of a thorough probe of their marketing practices. However, the FTC did leave the door open for the commission to examine issues on a case-by-case basis. 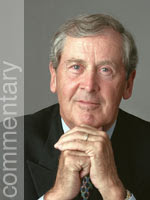 Back in March, Jack Trout weighed in on WOMM: 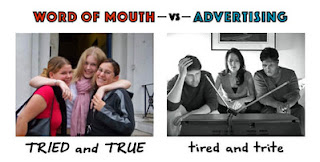 But trying to create buzz out of nothing? Paying shills to hand out lipstick and gum, paying bloggers for their so-called objective opinions? Not for long:

A 2005 survey of 800 consumers by market research firm Intelliseek found that 29 percent of participants age 20 to 34 and 41 percent of those age 35 to 49 said they would be unlikely to trust a recommendation again from a friend whom they later learned was compensated for making the suggestion.

Follow the percentage progression above, and what will logic tell you about the efficacy of WOMM for Baby Boomers over fifty? And older? (Don't ask me why they weren't included in the survey - you probably know already if you've been reading this blog with any regularity.) Follow the percentage progression again - and will the numbers go up or down as the 20-34 year olds are in their thirties and forties in five/ten years?

My prediction: When it all comes out in the wash, WOMM will be the best thing to happen to (silly retronym ahead) traditional advertising. Pretty soon, consumers won't believe anybody - even their best friends. They'll realize that they receive the most honest and straightforward information about a product or service from a TV commercial, print ad, or product web site. At least we don't lie about who we are and why we're saying what we're saying.

As far as all the claptrap about WOMM replacing advertising - people who are hawking that one have a slippery grip on history. Word-of-mouth marketing is nothing new. It's been around for a hundred years, since the beginning of modern advertising, always morphing into various forms. The latest morphs: online social networking and blogs.

There is plenty of marketing and advertising to be done on the Web, and who knows what forms they will take over the next ten years. We'll all be surprised.

But word-of-mouth as the primary driving force of marketing? I think not.

Remember this: Advertising didn't die with the invention of the telephone.
Posted by Chuck Nyren at 12/15/2006 No comments:

Selling to Seniors, Circus, The Book, and Me

I've been writing. Pundit stuff. Now it's over for awhile (I hope). Some people find it hard to believe - but I'd rather be writing more copy and less pontification pieces.

Although I do enjoy it. And it seems to be worthwhile. I receive loads of complimentary email and phone calls. And very high-paying and very (because I'm a nice guy) low-paying consulting gigs. And I get to see my name misspelled in newspapers and magazines, usually attached to garbled quotes. I feel like a politician sometimes - misquoted and taken out of context.

I critiqued three print ads (Geico, Fox Hills Senior Living, Pacificare) for the Selling To Seniors Monthly Report. These are always fun to do. My contributions are slated for the January 2007 issue.

Millennium's Circus will carry a second piece of mine in their 3rd issue. Again, always fun to do. I like being published internationally, having my work translated into other languages …

Okay, that's a big lie. The translations are from homespun English to English English: words like neighborhood ending up as neighbourhood. It amuses me.

And I've sent my publisher, Paramount Books,the final draft of the 2nd Edition of Advertising to Baby Boomers. Included will be four updated chapters, four new chapters, and a slim Forward and beefy Afterward that brings everything up to date. I think they'll be issuing it in paperback (I'm fighting for that, so it'll be less expensive). Should be out in February 2007.

Lifetwo.com has an interesting project going - a handpicked selection of blogs by Baby Boomers:

BloggingBoomers
A collection of leading baby boomer blogs are coming together to create a weekly blogging "carnival" to promote important and relevant information, advice, and community for baby boomers. This will be one of the first blog round-ups of its type aimed specifically at baby boomer-related issues … "One of the reasons baby boomers are under-represented in the blogging world is the shortage of blogs of interest to them -- as well as the difficulty of finding them. "We created BloggingBoomers to fix both of these problems," says Wesley Hein of LifeTwo.

I'm not sure where they're headed - but it wouldn't be a bad bookmark for anybody marketing to Baby Boomers.
Posted by Chuck Nyren at 12/08/2006 1 comment:

All That Vapid, Mindless Imagery

Dick Stroud, blogger extraordinaire and author of The 50 Plus Market, has pointed us to a company offering interesting images of Baby Boomers and older for web sites and print ads. I railed about the lack of this a few months ago in my post INVASION OF THE BABY BOOMER POD PEOPLE. 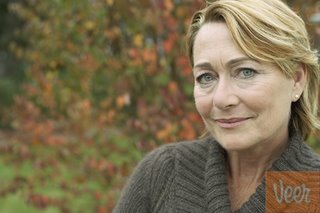 Follow the link on Dick's post to Veer. Their images will give you better ideas about how to portray Boomers. Trust me - we're more diverse, multidimensional, intelligent, involved, and interesting than we're being portrayed.