Why all over 50s should start a business
By Jamie Dunn
There are so many factors as to why being over 50 can be a huge advantage when entering into the world of business and entrepreneurship.  Here's just a few of them...

Well, maybe not all of us.  Then we wouldn’t be able to hire ourselves – along with most other age and ethnic groups.  I’m all for diversity:

Turn 55 and you become invisible, according to traditional marketing lore – ads for funeral plans and continence aids notwithstanding – but has that begun to change as the baby boomer cohort moves into the golden years?  Yes, says marketing commentator Adam Ferrier who believes a youth dominated marketing and advertising industry has missed a big mark in the past.

I should reference everything I’ve posted here for the last twelve years.  Or, try this:


More Older Adults Are Becoming Inventors
… Whether as volunteers or for profit, older inventors like Mr. Nepper are riding a rising tide of American innovation.

Only a few posts ago I (sadly) posted about brains:

17 April 2015 Barbara Strauch: 1951-2015… In 2010, Ms. Strauch published “The Secret Life of the Grown-up Brain: The Surprising Talents of the Middle-Aged Mind,” which concluded that certain cognitive functions peak fairly late, when people are in their 60s.

Along with forgetting where you left your keys, there’s now more: 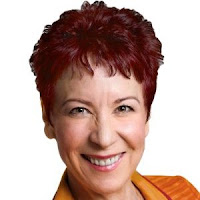 Brain and behavior are modifiable, even as we get older By Marilynn Larkin
Research on cognitive plasticity overturns stereotypes of aging and suggests human development isn’t cast in stone … It seems the more information we gather about a given field or domain, the more likely we are to maintain competence in that area because the brain develops strategies to do so …

Sometimes I forget where I’ve left all my posts on this subject.  And I often forget that I’ve already linked to something earlier in a post:


For an Aging Brain, Looking for Ways to Keep Memory Sharp By Jane E. Brody

A handful of familiars:

Also culled from the book, and a PDF download:

Chapter Four: Give Boomers Room for Choices
….When developing or molding a community for Baby Boomers, start with the concept of ―neutral. Do not confuse this with ―sameness. For example, when designing an indoor community space, do not assume that it will be used mostly for Bingo. Fashion it with flexibility so that it may be used for almost anything...

Redefining Senior Living For Boomers Through The NameStorm Project

… The common term used for such places is “Planned Communities.” However, when presenting planned communities to the public, Baby Boomers could wince at the concept. You know it’s planned, we know it’s planned (What else could it be?)—but “planned” may sound too restrictive to Boomers. We don’t like the idea of anything planned. We want to do it ourselves, construct our own lives. Let us sustain the illusion, or a partial illusion: communities are not planned. We do not want to live in prefab theme parks …

… Twitter as we know it is over. While the early release of ugly revenue numbers sent the company’s stock spiraling Tuesday, the actual quarterly earnings report that followed that afternoon was even worse.

Twitter & Advertising
… Twitter is a fascinating phenomenon, has worldwide cultural and political influence … and will be around for quite some time.

But it is not an advertising platform. How Twitter will eventually support itself, who knows.  Maybe some sort of underwriting.

For Advertisers, Baby Boomers Are A Market Hiding In Plain Sight

Baby boomers account for about half of all consumer spending, yet only 10 percent of marketing dollars are aimed their way.

What to link to?  Everything I’ve been screaming about for years and years (as have others).