Looks like a not-so-bright company hawking a make-me-bright online game is in non-virtual hot water:

…The shine has come off Lumosity with an announcement by federal investigators that the makers must pay $2m to settle a charge that it made fraudulent claims and “preyed on consumers’ fears”.

Although lucky for them, a big chunk of the penalty is virtual:

…The company has also been handed a $50m penalty for harming consumers – but the fine is suspended because the company cannot afford to pay it, according to the Federal Trade Commission (FTC)… 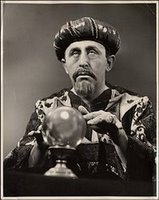 Nostrachuckus warned of a backlash. Links to three long-ago posts:

Random snippets from the posts above:

…And that’s what bothered me about the marketing – and still does.  Are these new-fangled blinking lights on a screen the best way, the only way to keep your noggin nimble?  This seems to be the claim.  Or are they a new breed in a long line of cognitive games that go back to counting pebbles on a cave floor? 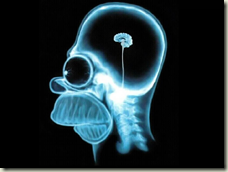 …You certainly get the ‘hard-sell’ impression that if you don’t buy and play these games, eventually your brain will leak out of your nose and ears.  Why not just tell the truth?  These are high-tech, stimulating computer-generated exercises that will help keep your mind sharp - are structured, measurable to some degree (so they’re useful for medical research), and quite entertaining.

…What’s the story with advertising and Brain Games? Because of clumsy tactics, most advertising/marketing/PR is still doing more harm than good.

…Obviously I’m not qualified to comment on whether these digital gizmos revivify your rotting noggin.  However, for years I’ve questioned why the hype was so thick.  Did it have to be?

… My advice has always been to take the high road with the 50+ Market.  They’ve been around long enough to recognize most B.S. – and when they feel they’ve been fooled, say goodbye to them.

FTC: ‘Brain training’ brand Lumosity didn’t have the research to back up its claims (Washington Post)