Ross Kerber of the Boston Globe has an interesting, well-researched piece about it:

One ad, for instance, shows a couple with the husband talking about putting his retirement savings through a "rollover, turnover, whatever."

"The more people talk about their finances, the more successful they are," said Claire Huang, Fidelity's executive vice president for marketing, describing the research.

"The normal financial-services ads show babies, brides, and super-boomers who surf or skydive. We're about just regular people trying to engage in conversations." 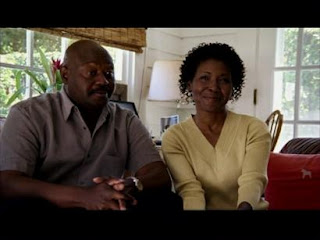 In the updated 2nd Edition of my book there is a huge chunk of a chapter where, as an exercise, I put together a viable campaign for a financial planning company - and it looks and feels a lot like this one.

Actually, my idea takes their idea to the next level. It'll be interesting (at least for me) to see if this campaign will eventually end up being more or less what I came up with.
Posted by Chuck Nyren at 4/19/2007