You have read this on the web, so believe it.

You have read this on the web, so believe it.

Give Yourself 5 Stars? Online, It Might Cost You
By David Streitfeld
September 22, 2013 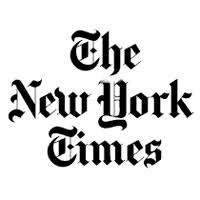 … New York regulators will announce on Monday the most comprehensive crackdown to date on deceptive reviews on the Internet. Agreements have been reached with 19 companies to cease their misleading practices and pay a total of $350,000 in penalties.

The yearlong investigation encompassed companies that create fake reviews as well as the clients that buy them.

Pretty soon, consumers won't believe anybody - even their best friends. They'll realize that they receive the most honest and straightforward information about a product or service from a TV commercial, print ad, or product web site. At least we don't lie about who we are and why we're saying what we're saying.

25 January 2009
Internet Hero of the Week
An uproar hit the Web over the weekend when it was discovered an employee at consumer electronics company Belkin had offered to pay people to write positive reviews for his company's products, even if they hadn't tried them … "Write as if you own the product and are using it," Bayard suggested. "Thank the website for making you such a great deal. Mark any other negative reviews as 'not helpful' once you post yours."

Manipulation of the Crowd
… This article does not mention paid shills who do the reviews. As a freelance writer, this is one of the more common things that I am paid to do.

27 August 2012
The Best Reviews Money Can Buy
… Consumer reviews are powerful because, unlike old-style advertising and marketing, they offer the illusion of truth.

Of course, NostraChuckus will predict anything you want – for a price. Rates for prognostications are on a sliding scale based on your gullibility.