… Apple and Google have won the hearts and minds of developers, who design the apps that lure consumers to their devices, while Samsung is the dominant maker of mobile phones, most of which run Google’s Android operating system. Even though Microsoft’s and Nokia’s products have won praise for their quality, they have arrived late.

Allow me to claw my way onto the podium and holler about this from an advertising perspective: 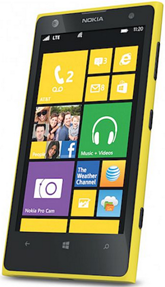 While it seems as if the business model (owning both software and hardware) will be aping Apple, the competition won’t be iPhone, but Android. Microsoft will never lure Apple enthusiasts.

To Microsoft’s advantage, the branding and positioning of Android is muddier. Few consumers are ‘in love’ with their Androids the way Apple folk are in love with their iPhones. Add the new Moto X to the mix and things get even muddier. Consumers will have to pay headache-inducing close attention to what each phone/operating system is so they’ll know what they’re buying. It gets confusing: Samsung, Motorola, Google, Chrome OS, Android, Moto – and all the differences, combinations, configurations. Then factor in all the Phone Carriers and their quirks.

With iPhone and Windows Phone you pretty much know what you’re getting.

Two posts from earlier this year:

01 January 2013
Windows 8
… Microsoft would be wise to fashion some advertising  for Boomers and older (and that tiny niche market known as the business industry).  Less flash, more substance.

And it’s a good phone, easy to use and easy on the eyes. Top notch camera and video capabilities.  In a pinch when a laptop or PC isn’t available, the phone flawlessly runs Microsoft Office stuff (no surprise).

It wouldn’t be an ad campaign straight up (too hokey), but Windows Phone is the perfect blend for work and play, personal and business.  That would be subtext.  Of course, there’s much more I’d toss into the creative brew.

So we’ll wait to see what Microsoft does with Windows Phone advertising.  It’s all about simplicity, focus, productivity.  And fun.