“Every time I swear I'll never again be shocked or saddened by a TV commercial ruining a treasured rock anthem, another proves me wrong.”

I could’ve said that. But someone else did first. Read Jim DeRogatis’ piece in the Chicago Sun-Times: 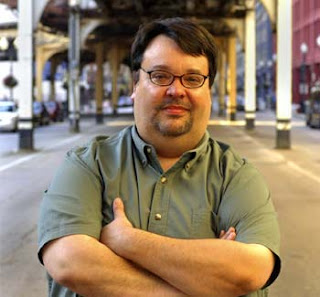 Punk pitchmen
First, Iggy Pop had a lust for cruise life, and now what do i get from The Buzzcocks? An AARP ad ... No matter what the genre -- pop-punk or hip-hop, classic rock or dance-pop -- the best bands work long and hard to create a complete identity, considering every aspect of how their songs are written, recorded, packaged and sold. When they sell their music to a commercial, they cede control to an advertising director, and they take their chances.

In the 1st Edition of my book published over two years ago I also talk about it. In the 2nd Edition paperback (it’ll be out soon) I prattle on and on about it some more – and in one section, with a different slant:

Purely anecdotal: I’m watching TV. I hear a tune I haven’t heard in thirty-five, forty years. My mind goes off into the ether. “Wow. What a great song. I’d forgotten all about it. I had the album. The cover was blue . . . And there were a bunch of other great songs on that album. What the hell were they? I can’t remember . . . I wonder if I can get it on Amazon. There’s probably only a compilation of his hits, or a boxed set. But I just want the CD of the album. I’ll have to remember to check the next time I’m online ..”

By then, the commercial is over. In fact, probably three other commercials are over. I have no idea what the product is, or what any of the other products are. *

I just don’t know what to do with their ad campaigns. The Party/Buzzcocks one makes no sense. I haven’t a clue what the point of it is. I hope Mr. DeRogatis’ take on it isn’t correct - or I’m staying home and locking the doors and windows if I ever retire:

Here’s another AARP ad that has its heart in the right place, understands Baby Boomers wanting to leave a legacy to their grandchildren (again, I’ve talked about this numerous times) - but the spot is so mannered, so hokey, so "Let's put adult thoughts and words into the mouths of children - it'll be so touching and so profound." Good idea, bad execution: