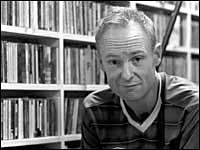 I was a guest on NPR/WNYC’s Soundcheck this week. It’s a rousing, as-eclectic-as-you-can-get music show hosted by John Schaefer.

No, John did not ask me to play blistering, sloppy, cliché-ridden blues guitar (although I had it plugged in and right next to my 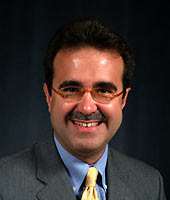 phone just in case). The segment was titled “Music for Grownups?” and was about AARP’s new music site. Also on the show was Emilio Pardo, Chief Brand Officer for AARP.

Read about and listen to the segment here.

As is usually the case, AARP’s grab for Baby Boomers is an admixture of good intentions, some top-notch stuff – and cheesy, insulting schlock.

The top-notch stuff includes Music for Grownups - a blog by veteran critic and writer Richard Gehr. Mr. Gehr does a superlative job balancing the esoteric with the middle-of-the-road. It’ll be worth checking in with him from time to time.

Also pretty good is Music Connections (buried – it should be on the opening page). This section profiles well-known artists and longtails them. Not a bad idea – although the original Baby Boomer music longtail is Rhino Records – decades before the term ever existed. If I were producing a music site for Baby Boomers, I’d study the history of Rhino, along with its business/cultural model, and pick up pointers (or partner with them). I'd also check out Shout! Factory - another longtail music/video site birthed by "refugees from the Rhino Records label."

There is a Pandora-driven feature called AARP Jukebox. It's fine, it's business, it's one of the ways new technology companies make money - by partnering with sites like AARP. But as John Schaefer points out during the show, Pandora is Pandora. If you want your Pandora filtered through AARP, do it. But it's nothing that special. (In fact, cookies keep your account the same no matter which site you happen to be on.) 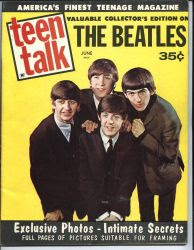 The dreadful cheese includes a Music IQ Test that should have been created by someone with an IQ over fifty (or, I’m guessing, someone over fifty years old). And there is a Paul McCartney Timeline that is so useless and inane – it reminds me of a teen magazine from 1964 (or maybe that’s what it’s supposed to remind me of). Features like this may sink the site.

AARP had an excellent opportunity to promote and brand their organization with an article about Carlos Santana – but they blew it. I clicked the link, and started reading:


At 55, Carlos Santana is at the pinnacle of his artistic and creative career …

At first I thought there was a typo – knowing that Carlos Santana is closer to sixty. I kept reading (it’s a good piece) and at the end talks about his recent album “Supernatural.” That’s when I rolled my eyes. “Supernatural” came out about seven or eight years ago. This was some old article that they’re fobbing off as something new – on their ‘new’ site.

What should they have done? Added this: Here’s a vintage AARP Magazine article from six years ago that is still worth a read. And at the end of the piece they should’ve added something like: Since then, Carlos Santana has recorded two or three albums (info about the albums), has played on albums by (blah, blah, blah), has gone on these many successful world tours, tours with his son, is currently working on an album titled …

Not only are we up to date with fresh information – but AARP has now branded itself as an outlet for music that (little did you know) has a long, distinguished history.

Listen to Music for Grownups? by clicking the start button (the little arrow on the left):

Thanks again to the staff at Soundcheck for inviting me on the show.
Posted by Chuck Nyren at 5/16/2007