They watch your shows anyway.

Not too long ago I pitched a television series.  Hadn’t done that since 1974.

I put together a proposal, emailed it, and ended up chatting on the phone with the program director for a major cable network.

The show (obviously) targets Baby Boomers.  It’s about universal design, aging in place – and not aging in place.  Sort of a cross between House Hunters and all those home renovation shows. 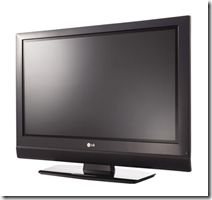 I didn’t get too far.  Almost immediately, the gentleman said, “There is no way I could sell this to an advertising agency.  They’re all twentysomethings – and have already told me, ‘Why target people over fifty?  They watch your shows anyway.’”

I was taken aback, but not surprised.  It amused me to hear someone practically quote from my 2005 book: 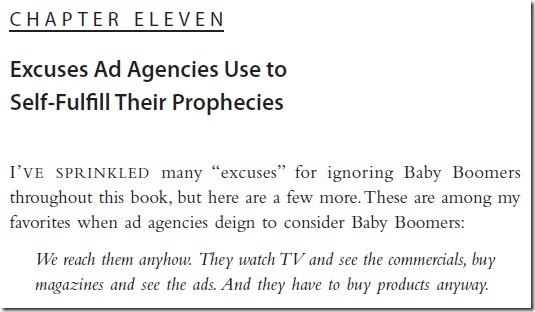 Since the chat, there have been news stories every which way that pretty much describe the series I pitched: 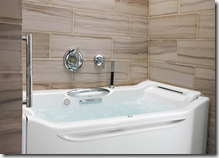 Add to the above this brand-new (but nothing new) article in The Wall Street Journal – and you have the Introduction and 1st Chapter of my book: