As usual, there aren’t really any myths about Boomers and media/advertising that haven’t been punctured by Yours Truly and many others.  A pretty good list from a year ago:

How Well Do You Know Boomers?
Myth #6 - Boomers are brand loyal and will not switch
Golly gee, willikers. If you don't know this by now ...

But I guess the industry is still in a river in Egypt.

Click here or the picture below to view the video clip: 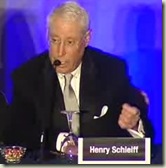 The chief of Hallmark's TV operations doesn't think enough people appreciate how rapidly the traditional TV audience is aging or what that means.  (Ad Age)


I was quoted along with Mr. Schleiff in a Kansas City Star piece last year: