A pivotal (you’d never forgive me if I used the word watershed) campaign by Kimberly-Clark – and Bob Moos does a wonderful job unpacking it:

Adult underwear no longer being given the silent treatment

The new TV commercials have ordinary boomer men and women engaged in some unscripted banter about the differences between the two sexes, such as whether men or

women make better drivers and which sex actually rules the world … The commercials were directed by Academy Award-winning filmmaker Errol Morris and bear a striking resemblance to a short film he created for a recent Oscars telecast in which people talk off the cuff about why they like movies.

Watch the Depend spots.

Bob saw my 4/9 post about the campaign and called me: 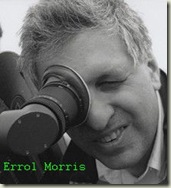 Why couldn’t it have been…?
And looking at the big picture – let’s hope that ad agencies will see these spots and realize they’re missing out not hiring people over fifty to create campaigns for just about any product or service.