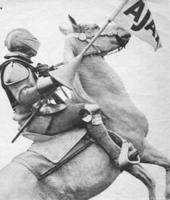 This documentary doesn't have anything to do with advertising to Baby Boomers today — but if you're a Baby Boomer and/or in advertising, it should be fun:

Madison Avenue Fever is an entertaining and informative look at the birth and development of television commercials in the 50's and 60's, the period known as the “golden age of television.”

Remember the Ajax knight on horseback, the happy kid who

learns he has no cavities after brushing with Crest, and so many other commercials that have become a part of American heritage and imbedded in the memories of baby boomers?

More on this "Comic Documentary About the Early Days of TV Advertising."
Posted by Chuck Nyren at 8/25/2005