Where's the TV for us? 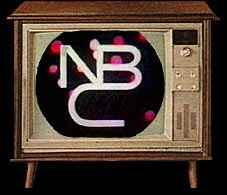 Here's a good article by Karin Lipson of Newsday.com.

Network television not only is under siege from other media - but compounds the problem by ignoring Baby Boomers.

Brad Adgate of Horizon Media and Alan Wurtzel, president of research for NBC Universal, do a good job exposing the silliness of television advertisers (and advertising agencies) targeting only the 19-49 demographic:

There's never been an "older" audience quite like the baby boomers, for one thing. "I don't necessarily think, as the first baby boomers turn 60, [that they're] necessarily more or less brand-loyal than someone who's 30," Adgate said. "You're getting a group of these 75 million baby boomers who are very, very active, and there's a lot of them."

NBC's Wurtzel, interestingly, agrees. What some advertisers "fail to realize is that there has been a huge change in people's lifestyle," Wurtzel said. Baby boomers, for instance, "wound up having babies 10 years older than the previous generation. If you would really look at a person's 'life stage,' you'd probably have a better predictor of their consuming behavior than if you look at their age. So you can certainly argue that the 19-to-49 demographic is somewhat obsolete."