Those actively optimistic and fun folks at Growing Bolder must be more frenzied than ever. In September, American Public Television will be offering The Growing Bolder series to PBS outlets:

The Growing Bolder TV Show has been selected by American Public Television as one of the very few new programs for national distribution …  every PBS Station in the country will receive the show in high definition and many have already indicated that they’ll air it. 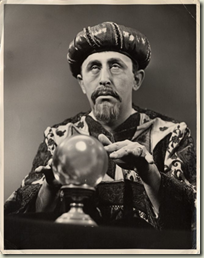 Famed Soothsayer NostraChuckus has been startling the world for years with his mundane prognostications – and Growing Bolder’s eventual syndication was divined but partially obscured in his crystal ball. It looked to him like a radio show, not a TV program.

Listen to the Growing Bolder Interview - 2006. (But please excuse the host and his rather tepid, underplayed introduction. A bit of hyperbole would have been appreciated.)