Mr. Bill Returns (in One Piece) to Pitch a Debit Card
by Wendy A. Lee

The small clay figure that appeared in “Saturday Night Live” short films three decades ago — being dismembered, pulverized and humiliated to his falsetto cries of “Oh, nooooo!” — will be the latest star of MasterCard’s “Priceless” campaign.

You can watch the spot on the online article page. Scroll a screen.

Even with their self-imposed cultural censoring, Mastercard/McCann-Erickson had the perfect opportunity to do something special and (I'm humiliating myself by using such a cliché) cut through the clutter. The Mr. Bill Show was shot in deliciously grainy Super-8, had homemade lighting, sets, props – and hysterical special effects (handled mostly by "Mr. Hands" - a big reason for its appeal). A send-up of 1950s children’s programming, The Mr. Bill Show really wasn't much different from the originals. Certainly most local children's shows budgets weren't much bigger.

Here’s a typical one:

Watch an original episode of The Mr. Bill Show: Mr. Bill's Circus (Not available for embedding.)

The creator of Mr. Bill directed the Mastercard spot. Too bad they didn't take a big chance and have him shoot it in 8mm, using only handmade props and special effects - and edit it in the herky-jerky style of the originals. (I wonder if he still has the original equipment.)

Not only would this spot have stood out – but something else might have resonated with younger (and older) consumers - nudging it along virally. Walter Williams is the Godfather of homemade YouTube offerings. 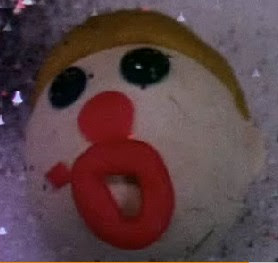 As is, this Mastercard spot is merely your typical, computer-enhanced, bland commercial.