I was tipped off to Passat’s tongue-in-cheek web site by Steve Hall’s top-notch, often troublemaking blog, Adrants (rated way up there in some recent marketing/advertising blog poll):

After sniffing around the Passat site, I forwarded the URL to Dick Stroud because the campaign was created in London. He jumped all over it.

A bit of background: I also write fiction, plays, short stories, commentary, other stuff besides advertising. Most ad creatives do. And when I do, I write whatever I want. No self-censoring. If I make fun of myself, of getting older, of just about anything, the point is to be honest and entertaining and whatever you want to call it. And that’s it.

But when involved in selling products and services, of course I censor myself. Common sense tells you it’s a bad idea to alienate or make (too much) fun of your target market. 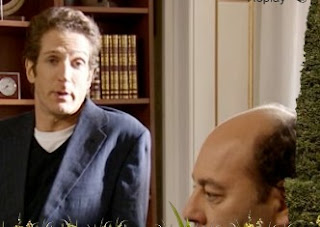 My point: I would never use this type of scenario to sell products or services to Baby Boomers – or any demographic. If you’re feeling the urge to viciously and relentlessly mock a group of people, it might be a good idea to make sure it’s not the group of people you’re targeting.

If you can’t control yourself (like I can’t sometimes), here’s a better idea: write something, make a video, put up a web site that is funny and vicious and relentless but isn’t advertising anything. Feel free to make fun of me. If it’s good, if it’s creative, I’ll probably laugh.

This approach wields a questionably double edged sword. It clearly positions the Passat as a car no one under 40 would be caught dead driving.

How I would have done it: Make it a retreat for people in their twenties and thirties so they won't ever have to go through a ‘mid-life crisis.’ It's a preventative retreat. The older people would be the mentors, the enlightened ones. It would be explained that they never went through any sort of mid-life crisis because they’ve been driving Passats for their whole adult lives. Maybe one or two of the teachers (or guest lecturers) have recently reformed. They would tell horror stories about their midlife crisis former lives. 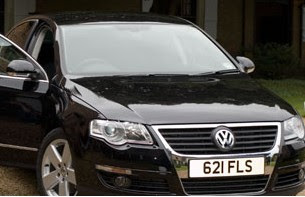 You've made heroes of your target market, you haven't alienated a secondary market (under 40s) - and you've still had all sorts of tongue-in-cheek fun.

Go play around on the Passat site. Laugh or roll your eyes, or both. I did both.

But I’ll bet that from now on, no matter what your age, every time you happen upon a Passat ...You might chuckle – but it’ll also make you a bit queasy.
Posted by Chuck Nyren at 6/03/2007