Not only the shows…

Marketing gurus and Great Seers of The Mundane and The Obvious iterate ad nauseam.

The repetition doesn’t annoy me.  What does: Many offer up their prognostications as something fresh, profound, even controversial.

… TV advertising and audiences are not shrinking. The average American watches more than 34 hours of TV programming every week … TV advertising works. Sight, sound and motion on 60-inch, high-definition screens deliver results every day for brands like McDonald’s, Coca-Cola, Walmart, State Farm, Kellogg’s and Ford. Audiences are massive. They are passive audiences.

15 April 2007
Positioning Magazines for Baby Boomers
There are active and passive parts of our day. Without getting into too much psychobabble … the passive side needs nourishment. It’s not really passive. It’s focused absorption. At some point you have to climb out of your frenetic digital nest and concentrate on one thing. It might be reading a book, watching a TV show or movie, listening to music, looking out the window…

15 February 2009
Television Still Shines
As enamored as advertisers are with the interactive potential of digital advertising, they know that online is a complement to offline, not its replacement …

06 March 2012
Digital Distractions
Advertisers are getting wise to the drawbacks of marketing in the digital nest.

Even I’m getting bored sifting through these moldy posts. Just one more: 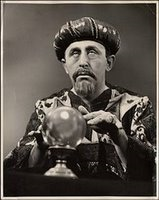 01 May 2010
Foretellings
… That silly retronym “traditional advertising” will remain the premiere force for introducing people to a product or service, along with sustaining its shelf life. Television, print, radio, and billboard ads will continue to have the visceral power they’ve always had – if only for their sheer size, simplicity, and cutting-edge audio/visual qualities.