I’ve already declared this The Year of Fashion, so that’s that. Too late to drape the annum in a new cloak. 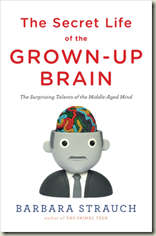 The Year of The Baby Boomer Brain
… For many years, scientists thought that the human brain simply decayed over time and its dying cells led to memory slips, fuzzy logic, negative thinking, and even depression. But new research from neuroscien­tists and psychologists suggests that, in fact, the brain reorganizes, improves in important functions, and even helps us adopt a more optimistic outlook in middle age.

I had to do some searching to find the above, wasn’t sure which year was the year of the baby boomer brain. I guess my cranial hard drive needs to be cleaned and defragmented:

Older People's Brains May Be Slower, But Only Because They Know So Much, Study Says
The Huffington Post|By Emily Thomas

A new study from Germany has likened the memory abilities of older people to full hard drives: They don’t lose cognitive power over time; they just function slower because of an increasing amount of information.

"The human brain works slower in old age but only because we have stored more information over time," lead researcher Dr. Michael Ramscar said in a written statement…

I could use a new monitor, however.  And maybe a Google Chromecast to stick in my ear.

Of course, Ronni Bennett has something to say about it all – along with a bunch of good links:

Senior Moments: A Feature, Not a Bug

Slog through posts about brains and some other stuff: 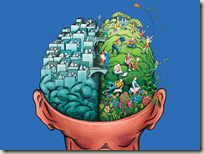 What happens when hard drives become obsolete and everything ends up in The Cloud?