So what’s a Baby Boomer? Redux

I first blogged about this in 2006 (the embedded links have vanished):

So What's A Baby Boomer?
The "baby boom" actually began in 1943 when birth rates began to rise, dipping slightly in 1944 and 1945. I like to include people born a few years before that when I talk about Baby Boomers.

Alpha Daughters Help Unravel the Complexity of the Ageing Baby Boomer Market
Over 12% of the US population are aged 65 or over and in the EU and US combined there are over 100 million people in this rapidly growing demographic group. Many of these consumers are the greying baby boomers …

Whatever ‘alpha daughters’ are, most are Baby Boomers.  They’re actually alpha-grandparents/daughters – meaning, they are caretaking their parents who are in their late seventies, eighties, and beyond – along with being grandparents – and (obviously) parents of adults.  A good book about it:

The Daughter Trap
Researcher Kennedy conducted 60 minute depth phone interviews across the U.S. with a nationally-representative sample of 216 working women born between 1946-1964, who reported having primary caregiving responsibility for one or more aging parents or in-laws.

Baby Boomers who will need caregiving won’t need it for another fifteen to thirty years.

Female baby boomers get online, not in line, for beauty
In the Mintel “Beauty Retailing” study, 1-in-10 of the 1,020 female respondents—all ages 18 years or older—reported using some type of online retailer to purchase cosmetics and skin care aids, and as the female population ages, the female boomer population is expected to increase by 30.9% from 2005 to 2015. 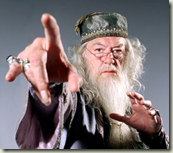 The female boomer population is expected to increase by 30.9% …

That would be quite a magic trick.  I don’t think Professor Dumbledore could even do it.