What Next From The Crystal Ball of Common Sense?

One of his first foretellings is now coming true.  Way back in The Ancient Times (2005) he foretold the redesigning of automobiles for an aging demographic: 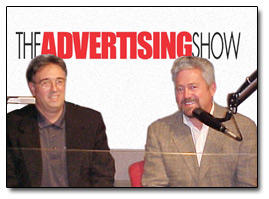 Major thanks to Brad Forsythe, Ray Schilens, Stephanie Ceritelli, and all involved with The Advertising Show for putting up with me as a guest last Sunday, August 7th. It was great fun, and a real honor. (And to be honest, I was a bit shocked that they called. The book is barely out of the gate.)

You can listen to the archived show here. Two hours compressed to 79 minutes.

While on the show NostraChuckus predicted this:

My point three years ago was that Baby Boomers were buying up those mid-priced boxy cars (even though they were being marketed to college kids and twenty-somethings) because they were easy to get in and out of, easy to see out of, and some had large dashboards that were easy to read. So why not build cars with these and more features for older drivers? And market them as such?

And last March there was this:

Who’s gonna buy this car?
If we rescue the auto industry, it must
be able to build vehicles for an aging population

Now the majestic seer of all things Boomer is again mystically evoked:

feature prominent in these models is what Toyota calls "360-degree handles." These handles allow doors to be opened from the outside using only major arm muscles — in contrast to "paddle handles" that require strength in the fingers and wrists, which often is compromised by arthritis and other conditions in elderly drivers …

Toyota is also rolling out brighter instrument displays in many vehicles, using what is called "vacuum fluorescent" technology instead of liquid crystal, the conventional but dimmer method. Designers have begun to incorporate larger-type fonts throughout vehicle interiors as well — including the clocks.

What next from The Crystal Ball of Common Sense???