Now there’s a press release and bits of info on the web about the Fourth edition:

The preliminary info released doesn’t always break down age demos – so with our knowledge of Baby Boomers, let’s bend and squeeze the stats and make some intelligent guesses:

Bump that to 80% for Baby Boomers.

When watching their favorite TV programming, 86 percent of survey respondents prefer watching on their television set, enjoying the programming either live, via their DVR/TiVo, or using an "On Demand" feature.

Assume that would be around 96% for Boomers.

According to the survey, consumers are watching close to 18 hours of television programming on their home TV in a typical seven day week -- up notably from less than 16 hours last year. Millennials (ages 14-26) had the largest increase, to almost 15 hours from 10.5 hours.

But … Millennials don’t watch regular, ol’ TV.  (If you believe that I have a text message in Brooklyn I’d like to sell you.)

Increased console ownership by Xers and Boomers has also driven increased game playing. Thirty-one percent of surveyed Boomers played a newly released videogame via a game console over the past six months, up significantly from 12 percent in 2008. 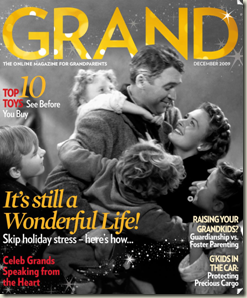 Baby Boomers will be a healthy market for video games.  But beware of this survey.  If you’d asked me if I’d played a newly released videogame on a game console, I’d have to say yes, yes, yes.  With my teenaged nieces.  At their house. Another relative, a Baby Boomer, actually bought a game console so these beautiful ladies would have something fun to do when they visit.  And, of course, there is the Boomer grandparent phenomenon.

Television continues to reign as the most influential advertising medium, with 83 percent of consumers identifying TV advertising as one of the top three media with the most impact on their buying decisions. Online advertising ranks much lower in impact than television. Less than half of those surveyed identify online advertising, which includes banner and video ads, search engine result ads and pop-ups, amongst the top three.

Again, bump “most influential advertising medium” to 93% for Baby Boomers.

The ability of ads on websites to move traffic to other sites has dropped from 72 percent to 59 percent over the past three surveys. Moreover, respondents articulate a decreased inclination to click on more Internet ads, even if the ads are targeted to their needs.

For the umpteenth time - The Most Effective Marketing/Advertising Model For Reaching Baby Boomers: What is now called traditional advertising pushing you to an age-friendly, informative product/services web site.

Some of the other findings seem a bit mealy-mouthed to me.   I’ll wait to comment after I see more of the survey.