Will they also bring back the test pattern?

NBC to Revive a Mainstay of Early TV
By Stuart Elliott

AS NBC looks to the future of its prime-time programming ... the network is borrowing a page from the past in asking advertisers to become involved sponsors of shows.

At a presentation on Wednesday afternoon, senior executives of NBC, part of the NBC Universal unit of General Electric, will describe how they are seeking to make advertisers into long-term partners rather than just sell them 30-second
commercials. 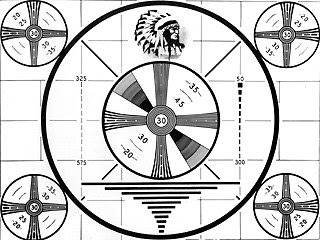 The idea has inherent drawbacks – as it did back in the ‘Golden Age’ of Television. But with adjustments, what NBC is proposing just might work.

Or it’s a desperate move – relinquishing control of some series and specials because the network is worried about revenue.

I’d caution about much product placement. Keep it simple: an intro and tag with spots. Don't let them become hour-long commercials.

Certainly anybody over fifty would feel right at home watching a show presented as such.

Actually, a certain company has been doing something like this very successfully for years.
Posted by Chuck Nyren at 4/20/2008