Angela Natividad posted this on AdRants: 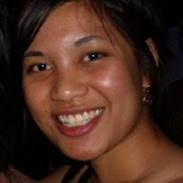 You Wish, Microsoft
We love internal propaganda. The thing is, Microserf or otherwise, nobody feels this way about Vista. NOBODY.

You are about to watch what could be the most horrific marketing/sales/motivational video ever made:

Make sure you read the blog comments.

I guess the target market is supposed to be older execs, mostly Baby Boomers, who make such decisions in major companies. Or actually the target is the sales force (inside and out) hawking Vista to Boomer execs. My guess is that this motivational video is supposed to whip these crack salespeople into a 'Baby Boomers frenzy' or something. I'll also guess that they haven't been dissuaded from showing it on their sales calls. (Not yet, at least.)

Thanks to the internet and YouTube, not much is private nowadays. Figure all in-house anything will leak - especially something as awkward and mortifying as this.

The irony, of course, it that Microsoft is famous for having hardly anybody over fifty working for them. Which explains a lot - since this 'music' video is truly tone-deaf. (Imagine me, for example, creating, greenlighting, or okaying an XBOX campaign for teenagers and twentysomethings.)

But I really cracked up when skimming Angela’s post tags: Brands, Strange, Video, Worst. I'm a huge fan of the 'younger generation' today - Millennials - and it's good to know that they see crap no matter where it's thrown. They're probably better at spotting it than we were at that those ages.

And the story gets curiouser and curiouser. Some people are suggesting that Microsoft made this 'internal' video specifically to 'leak out' as a spoof. That could be true - although I've seen some of their internal videos and I remember them as being rather lame - but not anywhere near as lame as this one.

I'm just trying to understand why they would do this. It's not a cheaply made video - a few hundred thousand dollars, minimum. So it had to have been officially sanctioned. And it's generating horrible PR. Wouldn't a PR person over there have been wise enough to figure that out?

And what's being spoofed? Vista as an unpopular, trouble-prone operating system that's created real headaches for their sales force? How many potential buyers are going to see this?

Real or spoof? As a spoof, it's bombed - creating (in today's parlance) blowback - even more bad feelings about the product and company. Microsoft loses either way.

On the record: I don’t have any real beef with Vista. I use it. It works for me.
-
I've disabled comments because this post has been receiving all sorts of vitriol directed at ... take a guess. None of it has anything to do with advertising, marketing, baby boomers, or the video in question.