The Sounds of Capitalism

It’s the day after the 2013 Super Bowl, and this advertising gadfly isn’t going to give you an in-between turnovers play-by-play.

A book I haven’t read yet – Pitchfork’s Eric Harvey interviews the author:

The Sounds of Capitalism
Author and musicologist Timothy Taylor on his new book, which analyzes the relationship between popular music and consumer culture.

If you’ve ever attended my song ‘n dance, it’s full of advertising history.  And I’ve written (along with many others) about the positive and negative impact of music in commercials:

09 December 2005
Boomer Nostalgia
… Do advertisers benefit from invoking the past willy-nilly? When those tunes come on, am I really paying attention? Or do they send me off into the ether, conjuring up all sorts of bizarre and moldy feelings, images, remembrances? 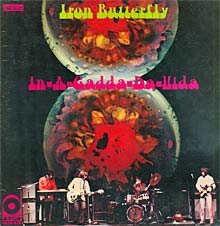 "In-A-Gadda-Da-Vida" is being used to get aging hippies to invest for retirement. It's in a Fidelity commercial. Define irony. I strongly doubt that when a circle of stoned 19-year-olds were passing around a joint with Iron Butterfly on the turntable in 1969, they were weighing wealth-preservation versus growth as they considered the most prudent mix of stocks, bonds and other equity instruments …

19 February 2007
Food fights, Balloons and Dancing Gorillas
“Every time I swear I'll never again be shocked or saddened by a TV commercial ruining a treasured rock anthem, another proves me wrong.”

Timothy Taylor explains it all – or a big chunk of it:

Pitchfork: This felt like the first time that a lot of people, including the Beatles, got angry with a brand for co-opting the music of their youth.

TT: Yeah, the surviving Beatles sued them, but they didn’t really have any grounds on which to sue them because they didn’t own the copyright on their own music anymore-- they had sold it off to Michael Jackson’s company. But they still didn’t like it. Nike said they weren’t going to let that sway them, but they eventually stopped running ads with that music in there, I assume because of the bad press that they got.

This is interesting (to a doddering guy like me):

TT: … If you’re a struggling band (today), it’s less about record sales and it’s more about placement in commercials and film and TV.

So thirty or forty years from now, when you hear an old song from your teenage years, it’ll bring back fond memories of an iPhone commercial.

One reference to The Super Bowl:

The music in the video is a sing-a-long.  If you don’t know what a sing-a-long is, it’s sort of like Karaoke.

Read about Timothy Taylor’s The Sounds of Capitalism and listen to oodles of music from advertisements over the last one-hundred plus years.