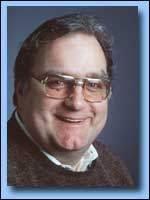 Donovan's been hawking something lately, I'm not sure what. I'll do my best the next time to pay attention and not "catch the wind."
Posted by Chuck Nyren at 12/09/2005