Marc Middleton's Active Living Network is primed for big changes and tons of content - stories, videos, interviews and more. I know about some of the offerings. The new site should be up in February or March.

Here's an article about More Magazine. What interested me was this: 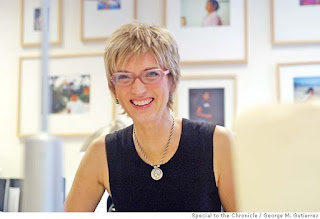 At 52, (Peggy) Northrop is a spot-on spokesmodel for More … She calls herself a "late bloomer," even though her high-powered resume suggests otherwise. "I blossomed after 40," she says. "Until then, I was diffident about my career …"

This is getting to be a typical story - a woman hits her stride after forty. No surprise to me. Look for them and hire them.

Grand Magazine is also in transition. Within a year it will become a top Baby Boomer life-style magazine:

Christine Crosby, founder and editorial director of Grand, says the magazine began two years ago as "an effort to speak to baby boomer grandparents like regular people." ... Boomers, she says, are impatient with ageism and stereotypical ideas about grandparents. The magazine's readers see grandparenting as "exciting new territory" and want help navigating it. 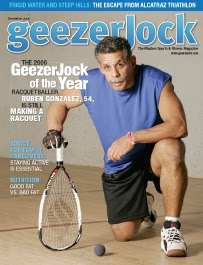 I blogged about GeezerJock - it seems like years ago. It's still going strong.

Two: Get Ready for lots more Brain Games. I've written about these before - but Brent Green really has a handle on the industry.

An editorial in the New York Times:

If you're worried that your mental powers will decline as you age, a new study offers hope that a relatively brief flurry of brain exercises can slow the mind's deterioration.

An article originally in the New York Times:

Science is not sure yet, but across the United States brain health programs are springing up, offering the possibility of a cognitive fountain of youth … From "brain gyms" on the Internet to "brain-healthy" foods and activities at assisted living centers, the programs are aimed at baby boomers anxious about entering their golden years and at their parents trying to stave off memory loss or dementia.

Three: The Death of Flogs. I blogged about flogs recently.

And don't even ask. Of course (!!!) I'd be more than delighted to blog about Vista and how great it will be for Baby Boomers.

So where's my shiny new laptop? (Actually, I'd prefer a desktop.) I'm not too far from the Microsoft Campus. I could swing by, roll down the window, and you could just toss it in my car.