The Search for Mr. Adequate

I received an email from Susan Silver. She had googled "Boomer Broads with Attitude" and found my blog:

"We are both going to be on Boomer Broads. Sunday I believe. I have a column which might be of interest to your fans and readers...about dating at a 'certain age.'"

Well … I was bumped from the premiere of BBWA. Probably for Susan. OK with me. I'm now booked on the second show.

I googled Ms. Silver, and clicked on a handful of her pieces. It's obvious why she's considered "the high priestess of sociological comedy through her column, The Search for Mister Adequate."

The above quote is from a recent profile of Susan Silver by Pranay Gupte in The New York Sun. Little did I know that Susan had already made me laugh hundreds of times: 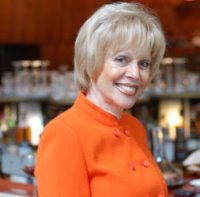 Anyone who wrote comedy for the acclaimed television programs "Maude," "The Bob Newhart Show," and "The Mary Tyler Moore Show" has to be a funny girl, right?

"I'm sure there are available men out there," she said, "but, of course, you've got to find them. I have women friends who attend funerals to spot single men. Some go on cruises. Some go bicycling. The problem is that they're still looking for 'The Prince,' 'The Perfect Man.' At a certain age, I hope we're wise enough to realize that he doesn't exist. But 'Mister Adequate' might."

I exchanged a handful of emails with Ms. Silver - one explaining that her search was officially over: by emailing me she had found Mr. Adequate. She replied that I was 'too cute' to be Mr. Adequate. So I guess that makes me Mr. Slightly-More-Than-Adequate — and overqualified. Or she just doesn't want to admit to everybody that she's finally found what she's been looking for - because The New York Social Diary would then have to spike her column.

But there are other questions that needed answering. Read this piece from Cox News Service:

Networks woo older viewers
If you're among the almost 80 million baby boomers who make up the majority of the network TV audience, you're going to see more of your own people on the tube this season … Instead of a slew of way-too-cute twentysomethings, you're going to see stars of a "certain age." … You're going to see 59-year-old James Woods in designer suits at the helm of CBS's new legal drama "Shark," 58-year-old Ted Danson leading the chuckles on ABC's new sitcom "Help Me Help You," a couple of certifiable geezers - 60-year-old John Lithgow (in a Speedo in the pilot) and 62-year-old Jeffrey Tambor - in NBC's comedy "Twenty Good Years" and 59-year-old Sally Field at the head of the table on the ABC drama "Brothers & Sisters."

So I'm wondering … are the networks, the Hollywood TV production companies, wooing Susan, begging her to write again for television? They should be. I don't know if they are or not. But they should be. And they should be wooing lots of other former television writers of 'a certain age.'

Ms. Silver is in New York. Are ad agencies wooing her, begging her to write commercials for these TV shows? I don't know, but they should be.

The same, fateful day that Ms. Silver found Mr. Adequate, Mr. Adequate was interviewed by Olga Kharif, a writer for Businessweek. It was all about Baby Boomers, the web, technology, advertising. (If I get ether ink, I'll link to it here.) One thing I remember saying: "What if someone in their fifties or early sixties walked into an ad agency. Say this person had studied art/design in college decades ago, always wanted to work in advertising or the media - but got sidetracked. This person is up on all the latest graphic software, and wants a job in the creative department. And the ad agency actually has a few clients with products/services for Baby Boomers. What do you think the chances are of this person being hired? Zero. Just think: ex-creatives brought back into the fold, paired with fifty year old 'fresh blood.' Do you think this would be the best of all possible worlds when targeting Baby Boomers? It would. But it'll never happen. And the clients are robbed."

Apply the above to copywriters. And all the new television shows targeting Baby Boomers. Imagine seasoned writers/directors teamed with middle-aged 'fresh blood.'

Susan Silver is searching for Mr. Adequate. I hope she finds something better. Advertising agency and media companies, when fashioning campaigns and entertainment aimed at the 50+ market, happily hire hundreds of Mr. and Miss Adequates. They should be searching for something better.
Posted by Chuck Nyren at 9/16/2006