Miscellany I didn't get around to blogging this month because I was too busy or too lazy: 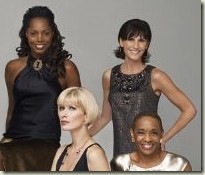 Sense of Style: The entertainment industry is finally noticing women over 40

Are you missing out on the boomer market?

In Act 2 of Life, Doing Work That Matters

Communes for grownups: Co-housing for Boomers a growing trend

The Graying of the Great Powers

Dick Stroud writes: Engaging with the over-50s: It's about lifestyle not age!

ActiveAge.org is a virtual think tank and consortium of organizations involved with aging issues in The U.K. - specifically Scotland.

My book Advertising to Baby Boomers has been selected as a reference.  It's in heady company.

Read about ActiveAge - and it's connection to the work and philosophy of Dr. Joseph Coughlin.

While much of the content is password protected, click around the site.  There are a dozen or so PDFs available to the public.
—
And minutes after I post the above - a fun, fascinating interview with Dr. Coughlin pops up on The Boston Globe web site:

Too busy to blog.

And I will be for a week or two.  So read some other blogs:

Brent Green screams about small fonts and even smaller minds at REI.

I like this post by Mark Miller because I talk about the same stuff in my presentations:

What’s interesting here is that most traditional media continues to run away from valuable older audiences.

I likewise talk about what Carol Orsborn is ranting about:

I wonder how many marketers get lost in the forest of the 50+ wilderness of nuances and terminologies, decide that these demographics don’t respond to advertising and decide to target their efforts to younger consumers?

Dick Stroud is fiddling with Google Ad Planner.  I signed up - but don't have the patience.

Carol at MarketingHerbs likes the first four chapters of my book.  I warn her to stop reading.

Matt Thornhill will rag on me if I don't link to him.

Lucas Conley says he's sending me a copy of his book.  Do you think I'll like it? 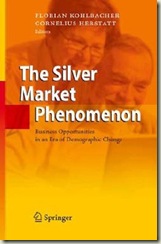 The current shift in demographics – aging and shrinking populations – in many countries around the world presents a major challenge to companies and societies alike. One particularly essential implication is the emergence and constant growth of the so called "Silver market", the market segment more or less broadly defined as those people aged 55 and older. Increasing in number and share of the total population while at the same time being relatively well-off, this market segment can be seen as very attractive and promising, although still very underdeveloped in terms of product and service offerings.

I contributed a chapter to the book.

To support the release, there will be an International Symposium in Tokyo:

This first-ever global forum unlocks the secrets of the silver market phenomenon and focuses on innovation, product and service development, technology management, marketing and business models for the 50+ market. 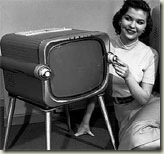