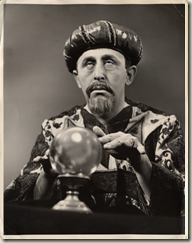 Here’s one of his prophetic proverbs summoned from the smokey haze: 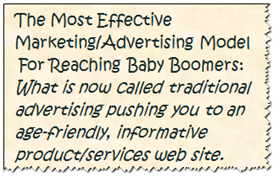 NostraChuckus’ foretelling appears to be true for all demographics:

Getting Big In The YouTube Age
by Lee Gomes

In effect, the videos that got watched the most on the Internet are those that bought their popularity through traditional offline advertising, especially on TV.

The secret to viral video success: a big ad budget

by Meghan Keane
As Forbes points out, the "Man Your Man Could Smell Like" ads originally became popular because of a very expensive traditional media buy: TV ads…

There, I Said It: Screw Viral Videos
Posted by Jim Louderback

Some of the best and most talented video producers focus their enormous talents on creating viral hits, instead of building repeatable episodic series that are built around an authentic host or an extended narrative. Yet in the end, those are the video properties that keep viewers coming back, provide predictable views that publishers covet and repeatable results that drive sales and profits…

Witness the Old Spice Guy phenomenon. Marketers worldwide are even now trying to replicate that success, without realizing viral was furthest from their minds. It started with a Super Bowl ad -- hardly the norm for a viral-focused campaign…

But … what happened to WOMM? I thought that was going to kill (silly retronym ahead) traditional advertising.  Now viral videos are…