NostraChuckus has never been a big fan of a financial company’s advertising.  He thinks the me-too is likewise quite creepy.

The links above are from 2005, 2006.  In 2007 the updated edition of Advertising to Baby Boomers was released.  Those campaigns were mentioned, and a mock campaign was devised to show how the Near-Great Prognosticator might do it: 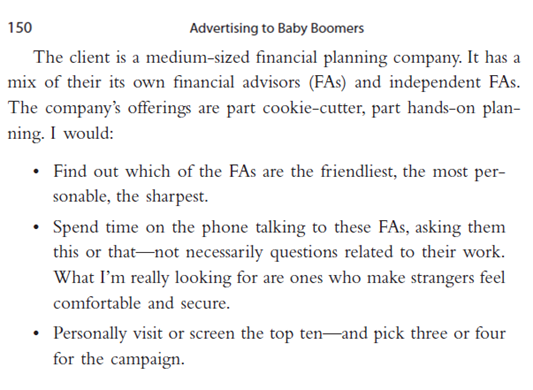 Your Financial Advisor Is Not The Pillsbury Doughboy