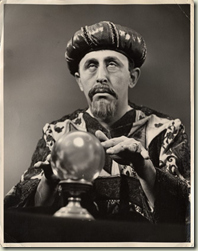 As most of my readers know, NostraChuckus’ predictions are uncannily somewhat accurate.  After all, those are hazy images in that crystal ball.  The Great Soothsayer can’t always make out the details, the wrinkles.

And you’re not supposed to, either – especially when gazing into ads for cosmetics.

A couple of years ago, NostraChuckus was the only one to divine the real photoshopped picture from the fake (read the comments):

Guess Which Photo Was Retouched? 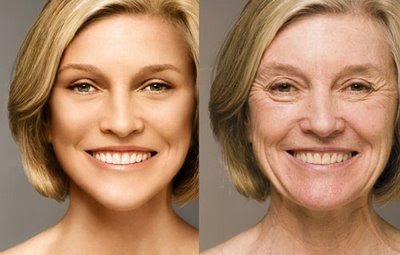 Another Online Diviner, Ronni Bennett, is rarely, if ever, fooled:

The Ad is a Fraud
Eagle-eye Ronni Bennett unmasked this ad for a wrinkle cream: 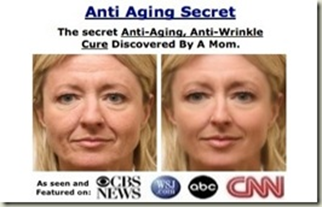 Now, Our Mother Country is taking action against such non-magickal practices in advertising: 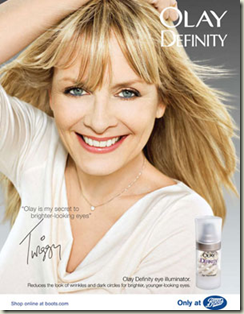 Twiggy's Photoshopped Olay ads banned in England
… Beauty company Olay debuted its Definity eye cream campaign depicting model Twiggy looking far younger, smoother, and firmer than her then 59 years should suggest. The '60s fashion star appeared virtually wrinkle-free in the ads and, since her baby-faced visage was selling anti-aging cream to older women, quite a few people—including bloggers, news outlets, and the British Parliament—grew quite disturbed.

Way back in July 2009, NostraChuckus mentioned something about Twiggy’s airbrushed Olay ad in one of his lantern and shadow shows.  It’s only about a minute-and-a-half in – so you don’t have to watch the whole thing:

I guess what I find odd is that real Ms. Lawson looks quite attractive to me.  A dollop of Olay, a dash of makeup, and she’s good to go.  Better than good.

Of course, yours truly at fifty-nine (the same age as Twiggy, give or take a few months) looks years and years younger.  I have to get graphic artists to add wrinkles, flaps, and fat sags to my images.  Here’s a recent untouched one: 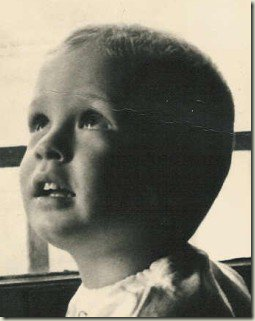