But there are a lot of lonely people out there.

I stumbled upon a very weird blog posting. I won’t link to it because there isn’t much there. The blogger, after vetting this survey, came to the conclusion that Baby Boomers are ‘anti-social’. This is the oddest of odd interpretations. 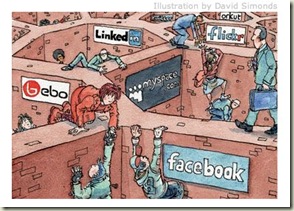 Put aside all I’ve already said about social networking sites and simply concentrate on this blogger’s screwy analysis. Boomers may or may not be anti-social (many are, many aren’t) – but for argument’s sake, let’s treat them as one big homogeneous group:

Most Baby Boomers don’t do virtual social networking because they actually go out and are social. They interact with real people at gatherings, parties, etc. They talk on the phone. They email friends.

I think so-called social networking sites and the people who virtually inhabit them are the pathologically anti-social ones. You cozy up to a computer and all you’re relating to is a blinking, flashing, noise-making inanimate object. You type things, toss up pictures and sounds, press a button – and up pops this virtual representation of you. Wow. How social. If you’re lucky, friends and strangers comment by doing pretty much the same thing: typing and tossing up pictures and sounds. How very sociable of them. 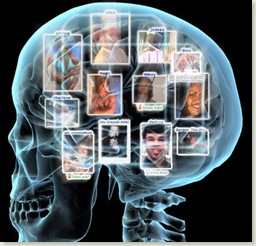 About a year ago a sales/marketing person called me from "the big one" for Baby Boomers.  She wanted to chit-chat. I said that 99% of  general interest ("I'm a Baby Boomer!") social networking sites will fail. She said something very revealing - both about the site she works for, the concept of social networking, and what the site considers to be their target market: "But there are a lot of lonely people out there."

True. Millions. Even so, my guess is that the vast majority of Boomers aren't lonely or confused or need motivation. And even if I'm wrong, all these sites will wear thin soon. If you're lonely, then there's just so much 'social networking' you can do before it begins to reinforce your sad state - and makes you feel worse.

My take on that survey: Baby Boomers may be the last truly social generation.