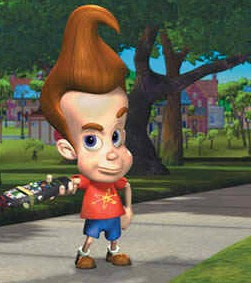 Well ... I wasn't the smartest kid on the block when it came to handicapping Eons - just one of a slew of smart kids. Many of us marketing to 50+ pundits knew it was god-awful from the beginning. And non-marketing to 50+ sources likewise pooh-poohed it.

Eons is in its death throes. In a desperate move, it's now letting riff-raff in.

Okay, I'm kidding. Some of my best friends are under fifty …

And a bunch of whippernsappers, even with their ageism intact, make some good points (and a few ex-Eons members chime in), although much of what is said I've been saying for years.

Here's irony: Even another social networking site is positioning itself as the 'new' Eons - attempting to steal away the paltry number of people who are on Eons and turn it into an 'alternative' Eons. Nothing like following in the footsteps of failure. Too, too weird.

The sad part of it all for me: If I keep this blog on topic, I won't have Eons to kick around anymore.

Or I'll cheat. Maybe when the ether settles, I'll write a long post or article about the demise of Eons. I have a bunch of juicy, sort-of-insider stories - where I'll change the names to protect the guilty.
Posted by Chuck Nyren at 2/01/2008