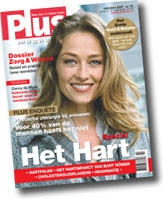 I'm finally back from the European Speaking/Consulting Tour sponsored by Bayard Presse, PLUS Magazines, and Roularta Media Group.

I guess you don't need a play-by-play. It was a success, Carol Orsborn and Brent Green were a notch above top-notch, our hosts treated us like Royalty everywhere we went, and my more-significant-than-I-am other had the time of her life as tourist and part-time nanny for the three prima donnas.

Carol is blogging about it all, so keep up with her musings. I'm sure Brent will also have a bunch to say when he returns and has some time.

I'll skip the travelogue, and only mention business stuff. The two most impressive things for me in Europe:

1) These incredibly dedicated, talented, hard-working, creative people I met, socialized, and worked with from all the companies, all the PLUS Magazines (along with Vi Over 60 and Notre Temps). I'm still reeling from being around such energy and artistry.

2) The 50+ Fair in Utrecht, Netherlands. Impossible to describe. Attendance over five days was just shy of 100,000. Almost 600 exhibits/booths. Seriously - I can't describe it. It was like everything I've been talking about for the last five years physically washing over and overwhelming me. The web site also doesn't do it justice. It can't. You had to be there.

A few bloggers have commented (but you may have a tough time reading their posts) - and the feedback from the attendees has been positive and enlightening. I still haven't answered all of them - and they keep piling into my inbox.
Posted by Chuck Nyren at 10/02/2007