Hampton Pearson was the host/reporter. He's actually a fun fellow, very down to earth behind that biz persona. We had a wonderful chat on the phone - and again the next day in the studio.

It was a good segment - however, when it aired I noticed that, through the magic of editing, some of my comments were taken a bit out of context. But what's new. Although I said what I said, I didn't really say it about what the report said I said it about.

It actually made me feel very important - like some Democratic presidential candidate being quoted in a segment on Fox News. Or like being inserted into some gag on The Daily Show.

The biggest surprise for me was when Hampton (on the phone, the day before) said, "We'll have you and one other guest in this segment." Then we talked a bit about what I was going to say - and before we hung up, and just out of mild curiosity, I asked who the other guest would be. "Jerry Della Femina," he said. 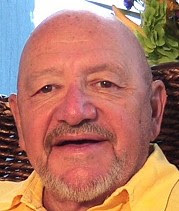 I gagged. Chuck and Jerry. Pretty funny. This fellow is a hero of mine. He's a legend. He wrote one of my favorite books about advertising. What the **** am I doing on the same show as this guy?

I play loud blues electric guitar. So put me on a show with Eric Clapton. I have bunches to say about blues guitar playing - and if Eric wants to slip in a few words, let him.

I just checked the CNBC web site and don't see the segment. I'll check again in a few days and if it's available I'll link to it - even though I didn't quite say what I said.

I'm not sure if Mr. Della Femina said what he said. You'll have to ask him. But being the selfless sort, I'm happy for him that he had the chance to be on a television news segment with me, and got to say whatever he may or may not have said.
Posted by Chuck Nyren at 10/12/2007