It's okay to be gray. 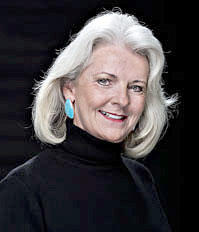 As everyone knows, thanks to so many astute media pundits and marketing/advertising gurus, Baby Boomers think they're still teenagers and are horrified when they look in the mirror and see some hoary stranger in their forties or fifties. (And in a few months, many of these malicious apparitions will take the form of normal human beings in their sixties.)

Botox! Hair coloring! These are the answers to that creepy, disingenuous image staring back at them.

….. But according to an article by Jack Neff in Ad Age (subscription required), "AGING POPULATION BRUSHES OFF COLORING," the hair coloring and salon industries are in the doldrums — all thanks to Baby Boomers eschewing these phony ways of attempting to look younger:

"The graying of america is at the root of the problem for the $1 billion-plus mass-market hair-coloring business. The category has cooled from double-digit growth the past two decades to more than 4% declines the past two years..."

Here's another article by Colette Bancroft of the St. Petersburg Times. An excerpt:

Diana Lewis Jewell is the author of Going Gray, Looking Great! The Modern Woman's Guide to Unfading Glory (Fireside, 2004) and a former marketing director of Vogue.

"Look at this generation, our generation," says Jewell, who is in her 50s. "We always wanted to be ourselves."

The number of gray heads is growing, she says, because of "that boomer individualistic attitude: It's okay to be gray."

In her book she cites a poll commissioned by the AARP that shows 53 percent of boomer women and 6 percent of men in that age group color their hair.

Also check out the adjunct article with quotes from a bunch of old, creaky, silver-haired geezers.
Posted by Chuck Nyren at 9/03/2005