Stuart Elliott of The New York Times does a good job highlighting the maxims “the more things change, the more they remain the same” and “there’s nothing new under the sun”:

Tropicana Discovers Some Buyers Are Passionate About Packaging

The PepsiCo Americas Beverages division of PepsiCo is bowing to public demand and scrapping the changes made to a flagship product, Tropicana Pure Premium orange juice ... The about-face comes after consumers complained about the makeover in letters, e-mail messages and telephone calls and clamored for a return of the original look.

Mr. Elliott aptly resurrects the uproar twenty-three years ago with the introduction of New Coke:

The original version was hastily brought back as Coca-Cola Classic and New Coke eventually fizzed out.

What amuses me: I keep hearing about the end of advertising as we know it because now ‘the consumer is in control’ and there are ‘brand ambassadors’ and other such nonsense.

Remember the nutty popularity of logo t-shirts in the 1980s? 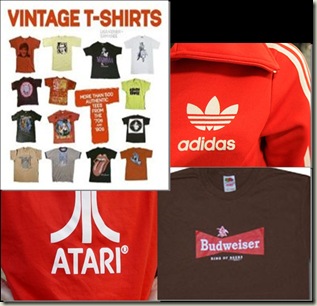 I was told back then that this was the end of advertising. Who needed it when everybody you met was a walking billboard?

Logo t-shirts are still around – but so is advertising, last I looked.

With no historical perspective, you might think that all has changed because of the internet. But nothing has changed. It’s simply been supercharged.  Consumers have always had influence and share control of advertising, marketing,  product development.

Read about Jean Wade Rindlaub on The Advertising Hall of Fame website:

Jean Wade Rindlaub
BBDO's long commitment to advertising and marketing research can be traced to Rindlaub. The innovative methods she developed to sound out consumers were adopted by BBDO and became widely modeled within the

And if you watch the video, Ms. Rindlaub says, “I could tell you who really writes advertising. You'd be surprised.  It's you.”

Three years ago Jack Trout had this to say:

Tales From The Marketing Wars A third-party endorsement of your product has always been the Holy Grail. It's more believable. In prior days, we used to try and find the "early adapters" for a product. We figured they had big mouths and loved to tell their friends and neighbors about their new widget.

The New Coke fiasco happened before the WWW, before email was ubiquitous, before IM and Twitter. Post Offices and telephones worked fine. They still do.

What the internet has done (among a few other things) is create new multimedia playing fields for advertising, marketing, public relations, research - just like the printing press, radio, and television.

The Silver Market Phenomenon, edited by Florian Kohlbacher & Cornelius Herstatt, has been awarded an AgeLine® Citation by AARP Policy & Research:

AgeLine is an online, bibliographic database produced by AARP that focuses on the subject of aging and middle-aged and older adults, particularly addressing the social, psychological, economic, policy, and health care aspects of aging.

The Silver Market Phenomenon
Thirty-three individually authored chapters examine the challenges, chances, and perspectives of the current demographic shift--aging and shrinking populations--in many countries around the world …

More about The Silver Market Phenomenon.

Advertising to Baby Boomers is also in the database.

Forrester Research has a new probably-not-much-new report: How To Reach Baby Boomers With Social Technologies.  I haven’t read it, but Jenna Wortham of the New York Times has:

Baby Boomers, Luddites? Not So Fast.
A recent report from Forrester Research indicates that while it might be tempting to categorize all aging Americans as techno-dinosaurs and Luddites, more than 60 percent of baby boomers are avid consumers of social media like blogs, forums, podcasts and online videos.

I had first crack at commenting:

As far as Boomers being tech/web Luddites - I’ve been dispelling that silly myth for years - in my book and blog (Advertising to Baby Boomers, first published in early 2005).

But monetizing social networking sites … well, they still haven’t been able to do that with the Millennial and Gen Y demos. What makes anybody think you can do it with Boomers?

Michael S. Malone recently had something to say on this subject:

Facebook Scandal Version 2.0
But just as crucial to this strategy is step two, or what has been called Web 3.0: monetizing all of those millions of users. And here, most of these companies have hit a wall. By inculcating in their users the belief that social networks should be free, these companies are having a hard time figuring out how to make them pay.
Having failed to tackle the problem head on, these companies are now trying to get in through the back door -- in particular, selling off to advertisers all those terabytes of information about searches, interests and purchases.

Back to the comments collected by The New York Times – some fascinating ones follow mine:

Perhaps … it is simply a case of older users being a bit more savvy about marketing ploys, social networking, and the intermixing of the two.

Sounds like my take on WOMM: For every duplicitous WOMM post exposed, thousands go undetected. Even a lowly blog like this one has been infected by such sleazy business tactics.

…Marketers should be looking at niche sites that draw boomers…

I’m an instructor of technology as well, and believe it or not there are … clueless twenty-somethings when it comes to applications ... Just because you can use Facebook or MySpace hardly makes you technology-savvy.

On NPR recently there was a report about students who were given laptops instead of textbooks. While these kids certainly knew how to download music, hang out at Facebook, and play video games – they had real problems opening up and using a word processing program. Many had no idea how to save a document. And when they did save it, they couldn’t find it again to open and work on it – or figure out how to print it.

This raises two issues for me; one about the attitudes of younger people toward me and technology and the second about the flailing about of “marketing” types who continue to refuse to understand why many of us Boomers refuse to buy their snake oil in cyberspace … Don’t sell to me when I’m trying to share research findings with colleagues, or when I’m trying to answer students’ questions, or when I’m trying to catch up with the latest events in my daughter’s life. The value of such connections cannot be monetized. Get over it.

Boomer communications are personal in nature.

Eighty-four percent of boomer recommendations are made face-to-face and 82 percent by phone, as opposed to 45 percent that are made online. With boomer recommendations so rich with personal opinions, companies can reap the full benefits of positive buzz by ensuring that their customers are completely informed of all key features, capabilities and benefits of the company's products and services.

For the umpteenth time …

The Most Effective Marketing/Advertising Model For Reaching Baby Boomers: What is now called traditional advertising pushing you to an age-friendly, informative product/services web site.

I guess the big 2.0 story this week is Facebook’s TOS/PR brouhaha.  There are thousands of press pieces, podcasts, and blog posts:

The Facebook uprising
Thousands of Facebook users threatened to un-friend the entire Web site this week to protest what one consumer guardian called "a digital rights grab."

Lots of juicy morsels splayed on this social networking news story smorgasbord - but I’ll only chew on one: diversity.

Saving Face (Book)
I knew the moment the news broke that Facebook was in for a rough patch in the court of public opinion … The real value seasoned PR pros offer seems to be in short supply at many tech start-ups, even the most successful ones. It has less to do with the number of journalists or bloggers the PR person knows, or even his or her ability to craft a sticky story line. The real value lies in one's intrinsic sense of how a "public" will react to various outputs -- a skill that is only honed after years of wallowing in the mud.

Age Diversity.  I think I’ve blogged about it a few times:

Old Masters and Young Geniuses
What Kind of Genius Are You?
Baby boomers are smarter than you think
Trust Your Gut

And a NYT piece:

That New York Times graphic?  It’s what Peter Himler is talking about.

Lina Ko of Boomerwatch.ca rounds up examples of mature women in campaigns:

Model Boomers
… 52-year-old Jerry Hall is the new face of Chanel; 59-year-old Twiggy is the model for Marks & Spencer; Helena Christensen, in her late 40s, is modelling underwear for Agent Provocateur. The list goes on and on …

I’ve blogged this topic before:

What happens if you don’t use age-appropriate models.