A thousand flacked flecks later, one fell in my eye:

Hi Chuck,
At the height of Advertising Week, something has become quite clear: diversity in the advertising industry is still not a part of the conversation.  This is particularly surprising following Omnicom’s recent discrimination lawsuit, Muse Communications’ viral video titled “White Space,” and the New York Times article last month illustrating the lack of recruitment and retention programs within ad agencies. Clearly, when it comes to diversity, the advertising industry is still coming up short…

No kidding.  I’ve written, spoken, and blogged about diversity for a decade.  A few of the many posts (embedded links within  moldier ones may be barren):

It makes all the sense in the world for ad makers (both clients and agencies) to be well-stocked with people who understand consumers, whether young people who fathom the mysteries of cyberspace, a good mixture of people who reflect the ethnic and cultural diversity of our country, and, yes, even older people who understand the vitality and buying power of the great gorge of baby boomers overtaking our land.

13 July 2011
Non-Diversity = Solipsism
… The spots were targeting Baby Boomers.  Yet the themes revolved around Millennials, with Boomers portrayed as smiling, vapid – with no real personalities whatsoever. 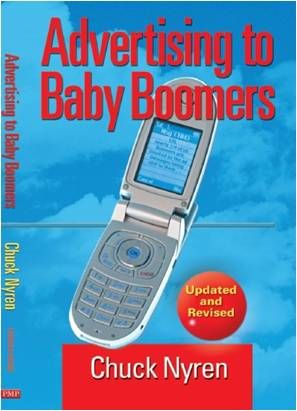 Each re-invention of advertising has had its blind spots. More often than not, these blind spots had to do with diversity…

It’s time for another change; time for diversity. Advertising agencies need to add Baby Boomers to the mix. They need a healthy blend of professionals of all ages.